Kicking off initially on Android TV and Microsoft’s range of Xbox One consoles, the new TV app is designed to bring YouTube TV to the center of your living room. 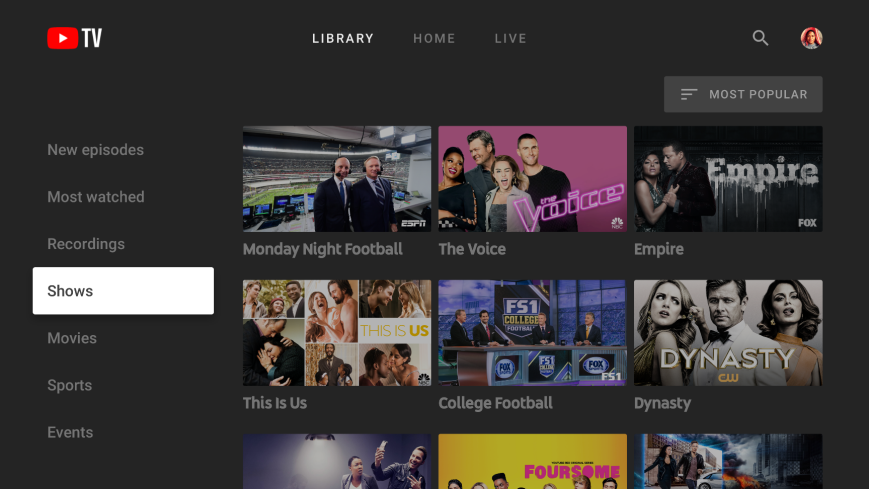 YouTube has long evolved beyond its roots as a platform for sharing cute cat videos, and it is now a major player in the mainstream entertainment realm. Indeed, the company has two premium video offerings — YouTube Red, which launched last year, and YouTube TV, which is effectively an online cable bundle that launched in conjunction with 40 networks back in April.

While it has been possible to access YouTube TV on your television via Chromecast or Apple’s AirPlay, today sees the launch of an app built specifically for the big screen. Though it will be initially limited to Xbox One and Android TV devices such as Nvidia Shield, Xiaomi’s Mi Box, and televisions built on the Android TV platform, Google has revealed that it will also be coming to smart TVs from the likes of Samsung and Sony in the “coming weeks,” as well as Apple TV.

According to Google, more than half of all YouTube TV streaming has taken place via Chromecast since its launch six months ago, so the company already knows that people largely prefer to watch TV on their actual TV. “Members who stream with a Chromecast are highly engaged, watching over four hours a day on the weekends with football season back in full swing,” noted Okalo Ikhena, YouTube TV product manager, in a blog post.

But with a dedicated TV app, users will now have access to a proper interface that can be controlled by anyone in possession of the TV remote control or Xbox One controller.

In addition to a new dark interface, the TV-centric app sports a number of new features, including background playback so that you can still see and hear a show you’re watching while navigating the interface. There is also a new live guide that gives a glimpse of what’s coming next.

And yes, this new app also means you can watch a show from your phone on the train, then carry on from the exact same point on your TV when you get home.

Ikhena added that YouTube TV, at $35 per month, is now available “in all top 50 metro areas, covering over two-thirds of the US.”