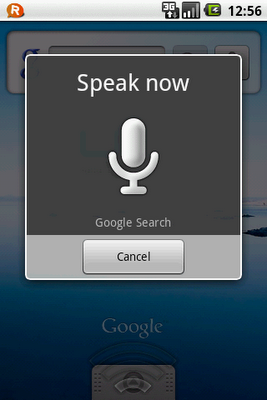 So instead of the general speech models that Google has been relying on since it launched Voice Search two years ago, the app can now learn your voice and ultimately become more accurate.

By opting in to the app’s new “Personalized recognition” feature, Voice Search will begin to associate the voice commands you send it with your Google account. It will then use that data to build your personal profile. Google says that accuracy improvements will begin quickly and will increase the more you use the app.

Google was bound to do this eventually. With Android, it is pioneering the use of voice commands in many areas where you would normally use text. For example, you can dictate a text message on your Android phone with your voice, something that isn’t possible on the iPhone or other platforms (at least not natively). Building personalized voice profiles like professional speech recognition programs is simply the next step in improving its voice commands.

It’s ironic, in a way, that as our phones are getting smarter, we’re once again beginning to speak into them. As voice commands improve, I would wager most users would find them preferable to hunting and pecking on touchscreen keyboards.

The new Voice Search app is available on Android phones running version 2.2 of the OS or later. It’s unclear if Google will bring the feature to other platforms, or if it even technically can given the restrictions of other mobile platforms.