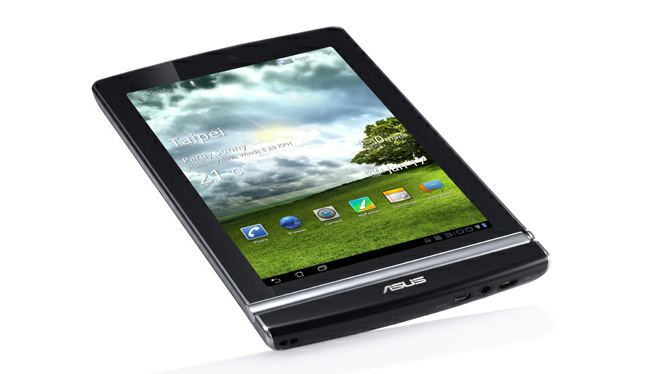 A rumored 7-inch tablet branded by Google has been outed by a RightWare benchmark test and it appears the device includes a quad-core Tegra 3 processor and runs Android 4.1, according to some deep reporting by Android Police.

Like Google is doing with the unlocked Galaxy Nexus Android phone, rumor has it that Google will sell its own tablet running its Android OS. The RightWare benchmark lists a new “Google Asus Nexus 7” tablet and it’s almost certain that’s the slate people have been murmuring about.

The Nexus 7 listing includes a lot of key specs that what we can expect, including a 7-inch screen with 768-by-1280 resolution and a quad-core Tegra 3 processor made by Nvidia. The device will run Android 4.1, which is listed as “Jelly Bean” in the benchmark. It is unclear if Google will officially name Android 4.1 as Jelly Bean at this time.

Because the device is being manufactured by Taiwan’s Asus, the likelihood that the Nexus 7 will look similar to other Asus tablets is strong. Take a look at the Eee Pad MeMO 171 above and you can see what a decent 7-inch Android tablet from Asus looks like.

The Nexus 7 will likely see release in the next month and be priced between $200 and $250. It will compete directly with less expensive Amazon’s Kindle Fire, Barnes & Noble’s Nook Tablet, and Samsung Galaxy Tab 7.0 2. The Nexus tablet could also potentially steal away some share from the Apple iPad, the current king of modern tablets.