There’s been no shortage of rumors, some more substantiated than others, that Google’s coming out with a new, game-changing phone, and everyone’s itching for a chance to weigh in.

A few things are certain now, thanks to Saturday’s post from the Google Mobile blog: there is, in fact, a product being tested, or “dogfooded” by Google employees. General consensus is that it’s called the Nexus One, looks like this phone on the right (image from Boy Genius Report) and will be released in early January as an unlocked GSM phone—meaning it would work on T-Mobile or AT&T. No one seems to agree on anything else, but the phone is out there. 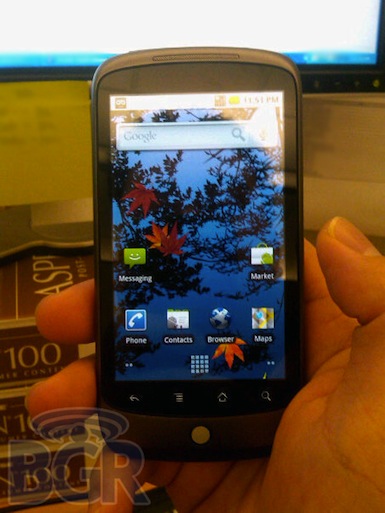 What the Google Phone could mean, though, might be more significant than the phone itself—at least, that’s what Forrester mobile analyst Charles S. Golvin thinks. In a blog post today, he outlines some of what could be so status-shaking about the Google phone.

The most important question about the Google phone, says Golvin, is whether or not the phone’s going to be sold at full price or with some kind of subsidy. His guess (and others’) is the latter, and he goes on to explain why it’s so important.

“Mobile operators can subsidize phones because they repay the cost in service fees, locked in for one or two years by the accompanying contract commitment. Not being a service provider, Google would have to rely on revenue from advertisers to justify the subsidy,” Golvin says. That’s a huge departure from the forced loyalty and contract systems that carriers have set up, and has significant potential for freeing customers from a carrier – instead, they’re just subjected to advertising, over time, that pays for the phone instead of having to sign a two-year contract so that the carrier is certain to get their money back.

The system would be good for both customers and carriers, who are already in the process of broadening the spectrum of their revenue streams in response to more and more backlash at contracts and high cancellation fees. Moves like this might also represent a shift in how advertising works, expanding it onto new platforms — eReaders, TV, and phones are already seeing innovations in advertising, and as the major advertising player on the Web Google is the natural outlet for these changes.

Details are still scarce, and most of what’s out there is speculation, but it seems that if and when the Google Phone comes out, Google will be trying to shake up the telecom industry, and all the major carriers along with it — which is classic Google.