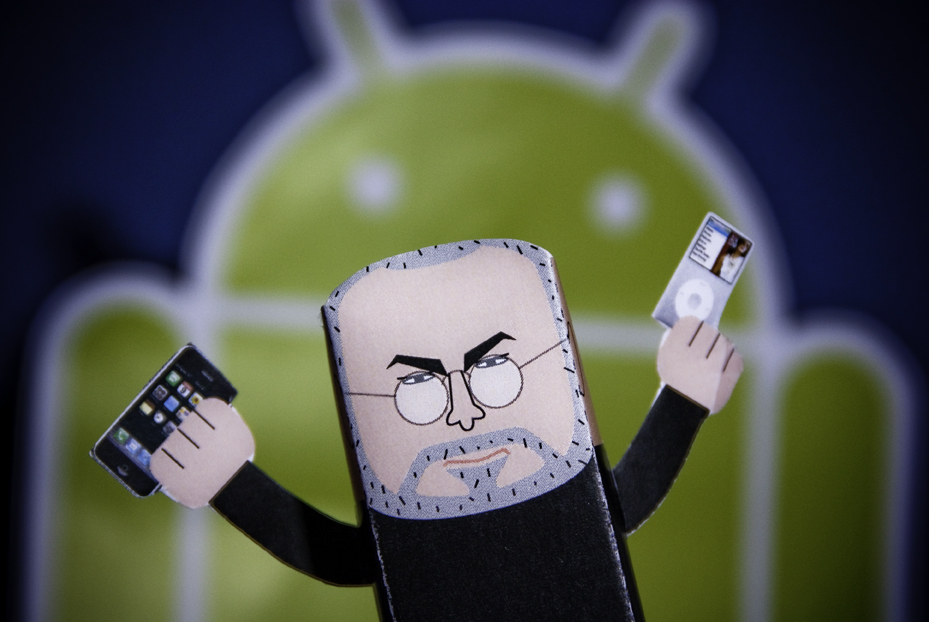 Google Play is quickly catching up to Apple’s App Store, both in download numbers and in revenue.

In November 2012, Apple’s iOS App Store took in four times the revenue of Google Play. In the first quarter of 2013, iOS app revenue still led, but by a lower multiple: 2.6 times as much. And Google Play, once just a fraction of the iOS App Store’s size, now accounts for almost the same number of downloads.

Those are just a few of the insights from app analytics company App Annie’s latest market index, which also reveal the best locations and categories in which app developers can maximize revenue. 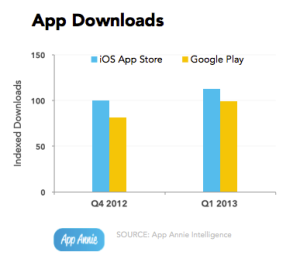 Apple’s App Store is still growing, and growing fast, with quarterly revenues up 25 percent. The difference is simply that Google Play is growing incredibly fast.

Interestingly, in the iOS App Store, China was the leading contributor to Apple’s 25 percent growth rate in downloads; it hit the number two spot in downloads by country and the number four spot in terms of revenue by country:

The picture is considerably different for Google Play, where Russia, India, South Korea, and the U.S. drove 50 percent of all downloads. Russia has been rising steadily in the ranks, according to App Annie, as Android makes inroads there.

And Asia owns Google Play in terms of revenue, with Japan moving ahead of the U.S. last quarter, and South Korea joining it this quarter. Those countries, with the U.S., represent a staggering 70 percent of all Google Play revenue, which is why Google Play’s top publishers by revenue read like a who’s-who of Japan and Korea.

Also interesting: In Japan, the games category accounts for over 90 percent of Google Play revenues. And in Korea, games is responsible for a massive 95 percent of income.

Which gives app developers something to think about.