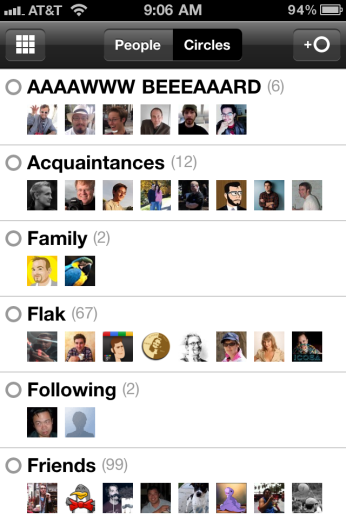 [Update: it appears Google has already released an updated, less buggy version of the Google+ app onto the iTunes App Store.]

Google has finally launched an iPhone application for its latest social network, Google+. The overall experience feels great, but there are still a few kinks that keep it from going toe-to-toe with other social networking apps like Twitter and Facebook.

The news feed is somewhere between Twitter and Facebook. Like the Facebook app, it lists the number of comments and “+1” clicks — the Google+ equivalent of Facebook “Likes.” Users can pull the stream down to refresh it, a feature that has seemingly become standard since it appeared in the Twitter app Tweetie (and is now the service’s official app).

The killer part of the Google+ app is being able to take photos and upload them to the service directly — much like the Facebook app’s killer photo uploading feature. The experience is still a little dodgy — it crashed once or twice while trying to load up the photo app. The downside is that Google+ users can’t tag their friends or people in their circles directly while uploading, like you can in the Facebook app. You also can’t tag anyone when viewing the photos through the app.

Also in the app are Huddles, a group chat built into Google+. It’s similar to the group chat app GroupMe — users can add anyone from their circles to a Huddle and use it like a typical chat app. Whenever users receive a message from a Huddle, the app automatically sends a push notification. Users can also access their circles — the equivalent of groups or friend lists — and add or delete members from within the app. They are listed in a bullet-style format instead of stylized circles like those in the Google+ mobile web app.

Most of the features available in the Google+ native iPhone app were already available in the web app. That app was built in HTML5, which works in most mobile browsers and is widely seen as a successor to Flash, a coding architecture that powers video sites like YouTube. Huddles and uploading photos were not available in the web app, but the photo-shooting experience still feels incomplete without the ability to tag people. There’s also no support yet for Hangouts, the nifty group video chat feature in Google+.

The app is still new, as well, so there are still a few bugs to work out. The app hangs infrequently and takes anywhere from 5 to 10 seconds to be accessible again. It crashes from time to time when loading more intense parts of the app, such as the photo-shooting part. And it seems like I’m not the only one experiencing crashes, either. “Stoked for Google+ iPhone app, bummed it crashes a ton on iOS 5,” Digg founder Kevin Rose said on Google+.

Google quickly released an updated version of the app, saying the first version available on the App Store was a test version.

Google closed invitations for its social networking site due to “insane demand” a day after it launched. The site launched on Tuesday last week to a small number of users, and then publicly on Wednesday. At the time, anyone could invite their friends, leading to a massive amount of new users flocking to the site. The company finally opened up invitations again earlier this month. 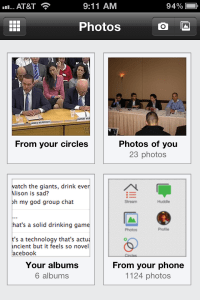 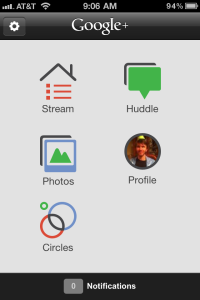 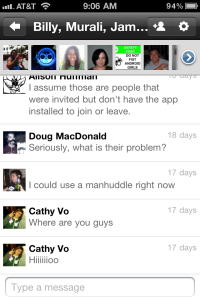 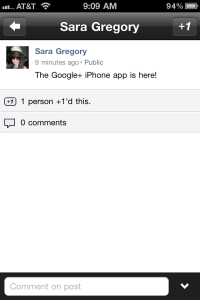