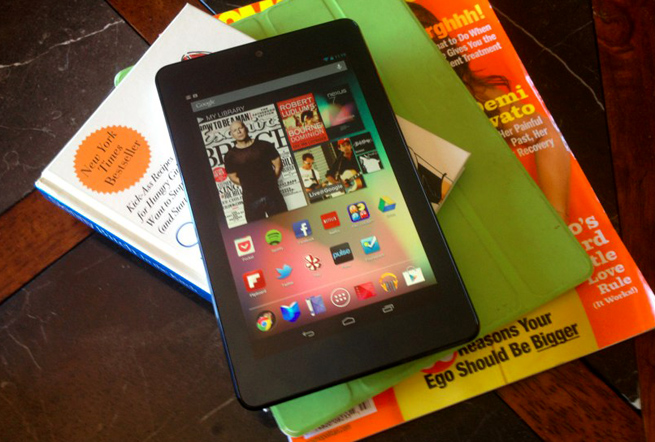 Google has stopped taking new orders for the 16GB model of the Nexus 7 tablet in the Google Play store, a sign Google did not prepare for the tremendous demand the device has attracted thus far.

The Nexus 7 has seen much interest since it was introduced about a month ago at Google’s I/O conference. Since then, Google has clarified the timing on when preordered Nexus 7 units would arrive on people’s doorsteps. Google had said 16GB model could take one to two weeks to arrive, but now it can’t even be purchased online from Google at all. Instead, you can input your e-mail address and Google will notify you when it will be available.

For those who haven’t been paying attention, the Nexus 7 is a stunning 7-inch tablet that re-writes the rules on what a $200 slate can offer. It runs Android 4.1 Jelly Bean, has access to the Google Play store for music, movies, and TV shows. Additionally, it features a quad-core Tegra 3 processor, 1GB of RAM, and a 1,280-by-800 display. It could be disruptive to the iPad’s total dominance, so much s0 that Apple is reportedly working on a 7.85-inch “iPad mini.”

The 8GB model is still available for purchase, and the sale page says it will ship in three to five business days. It appears Google was preparing for sustained high demand for the $200 8GB model, but not for the $250 16GB model.

The popular tablet is also available at various retailers, including Staples, Sam’s Club, and GameStop. Some third-party online retailers claim to have the 16GB unit in stock, but most of them say the device is temporarily unavailable.

We’ve contacted Google to get official word on when the 16GB Nexus 7 will be available for sale again.