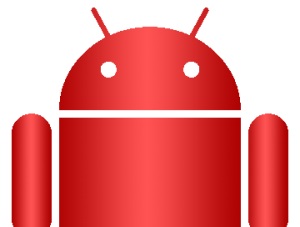 Google on Wednesday fired shots at the likes of Microsoft, Apple, and Oracle in a blog post about recent “bogus” patent lawsuits targeting Android.

Google has usually been relatively quiet when it comes to patent disputes, but today’s post took on a much more authoritative and perhaps angry tone. We’ve written previously how Apple is attacking Android manufacturers like Samsung and HTC through patent disputes.

In the post, David Drummond, Senior Vice President and Chief Legal Officer at Google, said Android devices are selling incredibly well around the world but its success had produced “a hostile, organized campaign against Android by Microsoft, Oracle, Apple and other companies, waged through bogus patents.”

He specifically called out the behavior of Apple and Microsoft, two companies that have historically been on not-so-great terms with each other. “Microsoft and Apple have always been at each other’s throats, so when they get into bed together you have to start wondering what’s going on,” Drummond wrote.

Drummond said more than 550,000 Android devices are activated every day, with 39 manufacturing partners and 231 phone carriers around the world. But he notes those partners, especially manufacturers like HTC and Samsung, are under assault by vague patent lawsuits.

“They want to make it harder for manufacturers to sell Android devices,” Drummond wrote. “Instead of competing by building new features or devices, they are fighting through litigation.”

Google said the sale of Nortel’s patent portfolio to Apple, Microsoft, RIM and others was a major blow to its competitiveness because the portfolio sold for an unprecedented $4.5 billion. It should be noted Google was the first bidder out of the gate with a $900 bid, but was outgunned by six major tech companies.

Drummond finished the tirade by saying Google was looking at ways to preserve Android, including encouraging the U.S. Department of Justice to license patents on fair terms and probe Microsoft and Apple for anti-competitive practices.

“We’re also looking at other ways to reduce the anti-competitive threats against Android by strengthening our own patent portfolio,” Drummond wrote. “Unless we act, consumers could face rising costs for Android devices — and fewer choices for their next phone.”

Do you think Apple and Microsoft are playing fair when it comes to patents? Does Google make a compelling case?