English-speaking travelers seeking speedy translations of Japanese text are in luck today, with the news that the Google Translate app for Android and iOS now lets you hover your smartphone in front of a piece of text to instantly translate it.

While the Google Translate app already enabled you to snap a photo of a sign or menu to receive near-instant translations of Japanese text, the latest enhancement uses Word Lens to instantly translate text by simply holding up your phone’s camera  — and it works entirely offline. 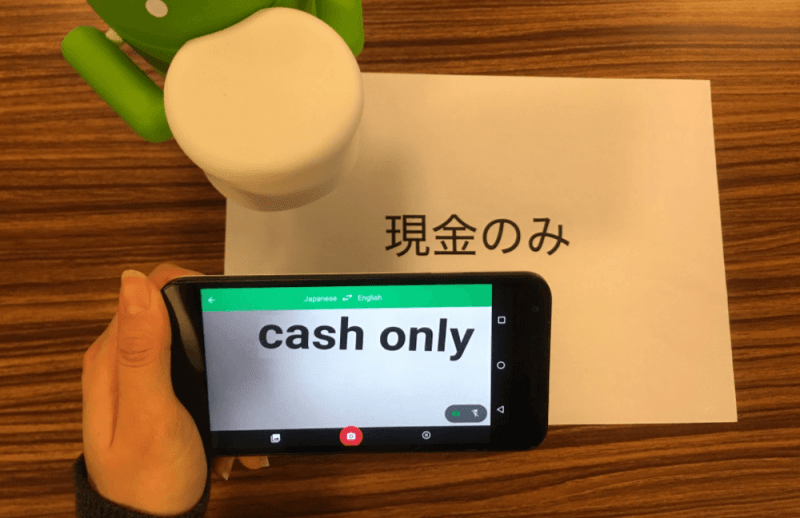 The Word Lens feature is the result of a 2014 acquisition of Quest Digital, a startup that used augmented reality (AR) smarts to superimpose translated text on top of the foreign language using a phone’s camera. The feature launched within Google Translate in early 2015 with a handful of languages, and later expanded to support dozens more.

With Japan serving as a major tourist destination, and Japanese not the easiest of languages to get a grip on, this is a notable expansion for Google Translate and Word Lens.