Google today updated its smart messaging app Allo with three new features. The new version will be rolling out worldwide “over the next few days” — you can grab it from Google Play and Apple’s App Store.

Google released Allo for Android and iOS two months ago and has been updating it with minor improvements ever since. While Allo offers unique features like Google Assistant, it isn’t distributed very well and must compete with three other Google messaging apps.

Smart Smiley, which is only available in English (and will come to more languages over time), gives you a smarter way to find the right emoji when composing messages. Just tap the Smart Smiley button as you’re typing a message, and Allo will suggest relevant emojis and stickers to help you finish your thought. The goal is to get users sending more: Google notes that we use less than 3 percent of all emojis, per Emojitracker. 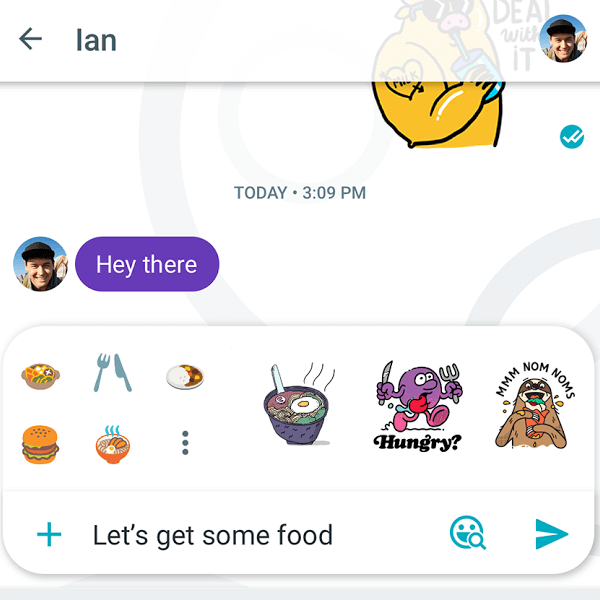 The new feature predicts the most relevant emojis and stickers to use based on the words you type and the sentiment of your message — if you haven’t started typing, Smart Smiley offers suggestions based on the context of your conversation. And like all suggestions in Allo, suggestions for stickers and emojis will change over time.

Google has also partnered with Warner Bros. to offer stickers inspired by the Fantastic Beasts and Where to Find Them movie. But the bigger change is that when you receive a sticker in Allo from a pack you don’t have yet, you can now tap on that sticker to quickly download the pack in question.

This update’s last new feature is background themes. There are 14 themes available — with names like “Watermelon” or “Sorbet” — that Google hopes will “complement your style.”

All in all, this is a decent update for Allo. Fundamentally though, Allo’s problems remain unsolved — how to convince your friends and colleagues to use this one when they are already using so many messaging apps, including other ones from Google.