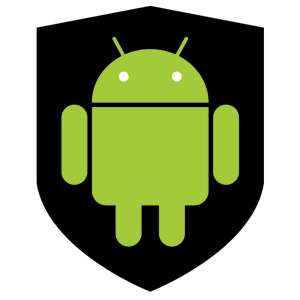 Google’s announcement this morning that it’s acquiring Motorola may have come as a surprise, but it certainly makes a lot of sense: Google has been wanting to get its hands on a stash of mobile patents for months, and it’s finally got them with Motorola.

Google and its Android manufacturing partners have been in court battles with companies like Microsoft and Apple over patents that the Android OS supposedly violates. Motorola Mobility’s patent portfolio gives Google the power to fight back more effectively against those claims.

Motorola Mobility has some 17,000 patents, and Moto has another 7,500 patents pending approval. That makes for one heck of a shield when other companies try to attack Android.

Google’s shown some desperation lately when it comes to getting patents. It bid $900 million on Nortel’s 6,000-strong patent portfolio but was considerably upended when a consortium including Microsoft, Apple, and RIM bought the portfolio for $4.5 billion. And Google declined to take part in a joint bid for Novell’s patents with Microsoft and co. because it wouldn’t stop other lawsuits from coming.

“We recently explained how companies including Microsoft and Apple are banding together in anti-competitive patent attacks on Android. The U.S. Department of Justice had to intervene in the results of one recent patent auction to “protect competition and innovation in the open source software community” and it is currently looking into the results of the Nortel auction. Our acquisition of Motorola will increase competition by strengthening Google’s patent portfolio, which will enable us to better protect Android from anti-competitive threats from Microsoft, Apple and other companies.”

As of mid-July, more than 550,000 Android devices are being activated every day, with around 39 manufacturers and 231 carriers supporting the OS. With such a staggering number of devices being churned out and Android’s position as the number one smartphone OS in the world, you can see why other companies are doing whatever they can to slow it down.

These attacks against Android partners have been countless. Apple has been waging a battle against Samsung since April over its popular Android-based Galaxy phones and tablets. Apple also has been fighting with HTC, and the threat of banning HTC’s Android devices from the U.S. still looms. And then there’s Microsoft, which is using its patents to coax Samsung, HTC, and other partners to cough up $15 per Android device manufactured.

Google was so agitated by these attacks that David Drummond, Chief Legal Officer at Google, said Android’s success had produced “a hostile, organized campaign against Android by Microsoft, Oracle, Apple and other companies, waged through bogus patents.” Drummond said these companies were not competing by building better devices and services, but fighting through litigation instead.

Other Android manufacturers have expressed a measure of support (at least publicly) concerning Google’s big buy because it gives Google a stronger legal defense for Android. “We welcome the news of today’s acquisition, which demonstrates that Google is deeply committed to defending Android, its partners, and the entire ecosystem,” HTC CEO Peter Chou wrote in a statement this morning. The CEOs of Samsung, Sony Ericsson, and LG all said essentially the same thing, without mentioning that Google just became a hardware competitor as well.

What do you think of Google’s purchase of Motorola? Do you think Google will have a better shot at defending Android in court with Motorola’s patents behind it?