So this is why Google held on to Motorola’s advanced hardware group.

Google today announced Project Tango, an experimental smartphone platform dedicated to mobile 3D mapping, which comes out of Motorola’s former Advanced Technology and Platforms (ATAP) group. It centers on a 5-inch smartphone prototype that can effectively map 3D space — think of it like Microsoft’s Kinect motion camera, except squeezed down into a smartphone.

“We are physical beings that live in a 3D world,” wrote Google’s Johnny Lee, the head of the Tango Project team, in a blog post this afternoon. “Yet our mobile devices assume that physical world ends at the boundaries of the screen. The goal of Project Tango is to give mobile devices a human-scale understanding of space and motion.” 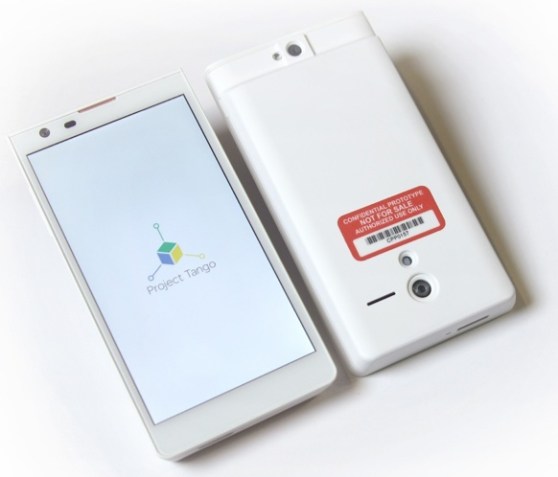 So what makes the Tango prototype special? Google claims it can measure more than a quarter million 3D measurements a second, and it ultimately combines all of that into a real-time 3D model. Developers can build apps with Java, C/C++, and the Unity game engine. Google has also created some APIs to take advantage of its 3D mapping smarts.

Google sees Tango opening up new doors for things like indoor mapping and mobile gaming — but first, it needs developers. The company is currently accepting applications from prospective developers, but at this point it says it only has 200 developer units to send out by mid-March. From the looks of it, you’ll need a really convincing pitch to land one.

The ATAP group, which officially joined Google this week, is also responsible for the ambitious Project Ara modular smartphone concept.

Don’t expect to see the results from either of these experimental smartphones soon — for the most part, these are ways for Google to experiment with futuristic technology long before they reach consumers. I wouldn’t be surprised if Tango’s 3D mapping technology eventually makes its way to phones, but it will likely be a while before it’s as standard as accelerometers and gyroscopes are in devices today. (Then again, I would have said the same thing about accelerometers before the iPhone.)