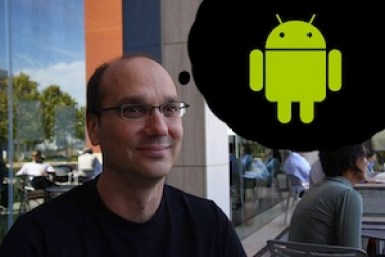 Google’s Andy Rubin, the man spearheading development of the company’s Android mobile operating system, clearly has a lot to say about his darling.

In an interview at the CTIA wireless trade show in San Francisco, Rubin shared his opinion on Android’s fragmentation, Google’s relationship with carriers, and more, with PC Magazine’s Sascha Segan. He also didn’t shy away from sharing his unfiltered thoughts on Microsoft’s upcoming Windows Phone 7 platform: In short, he said we don’t need it.

When asked about his thoughts on Android fragmentation — the fact that many different versions of the OS are floating around on a variety of handsets and that some manufacturers continue to release phones with the ancient Android 1.6 release — Rubin responded diplomatically. “I think the OEMs [original equipment manufacturers who build the phones] seem to learn pretty quickly what sells and what doesn’t sell,” he said. Overall, he said he’s still happy with the pace of innovation.

Rubin points out that consumers are beginning to recognize the value of every newer Android release, which he hopes will be a sign to manufacturers that they have to step up their game and offer more current software on their Android phones.

When asked if Google will be slowing down its quick pace with major Android releases, Rubin dropped a bit of a bombshell. He admitted that the initial 1.0 Android release wasn’t quite ready for prime time: “1.0 felt to me more like an 0.8 — it was pushed out for Christmas.” The company’s rapid release cycle was meant to quickly bring Android up to “the spec that the industry expected it to be” — or in other words, to make Android more like Apple’s polished iPhone operating system. Rubin said that new Android versions won’t be “catch-up releases” and will instead be focused on innovation.

Rubin went on to talk about how Android’s open nature is a double-edged sword for Google. When asked if being open is also another way of saying carriers are free to screw consumers, he said:

While it may seem like he’s bending over backwards to make excuses for the carriers to some, the main takeaway for me is that Google has obviously had to make many compromises to make its Android dreams a reality. Realistically, Google can’t be as heavy-handed with carriers as Apple is free to be with AT&T. Google simply can’t demand that carriers keep their apps off of phones, especially when it’s constantly touting the “open” aspect of the OS.

PC Mag pointed out that Google does have minimum standards for Android devices — a sign that it isn’t completely open. Rubin said:

Well, it’s tough to draw the line, and we think about that a lot. First of all, we don’t like drawing lines. We like making exceptions, and we learn a lot in the process. … The point of being open is that I’ve given up control of what can be put on phones, and put it in the hands of everybody in the community.

Again, compromise. PC Mag went on to say that it sounds like Google is actually putting consumers in the hands of carriers, to which Rubin said, “Yes and no.” He said that the company isn’t trying to assert control over carriers, and that carriers will likely find the difference between good and bad business over time. Just like with the OS fragmentation issue, Rubin said he’s hoping that consumer response will drive carriers to be more consumer friendly — for example, by not locking out key features, or not installing non-removable and bloated apps. 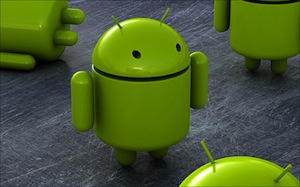 Changing topics, Rubin said that making unlocked phones available (as with Google’s online store experiment with the Nexus One) “is still a possibility.” When asked if the company’s acquisition of Gizmo5 means that we’ll soon be seeing VoIP technology on Google Voice, he stressed, “You wouldn’t expect us to be a voice service provider for wireless.” As for video chat, he mentioned that Google already has Google Talk Video on Gmail, and repurposing that technology for phones is “an exercise that’s underway.”

Finally, Windows Phone 7. When asked about his thoughts on Microsoft’s upcoming platform, Rubin responded: “I think the screen shots I’ve seen are interesting, but look, the world doesn’t need another platform. Android is free and open; I think the only reason you create another platform is for political reasons.” He went on to say that even though he wishes everybody used Android, he understands that’s not realistic. But while he understands that competition is good for the consumers, and that it’s “good to have a benefit of choice”, he maintained that the world doesn’t need another platform.

What’s interesting about his response is how seemingly defensive it is. I don’t think he’s worried that Windows Phone 7 will end up toppling the iPhone and dominating the industry anytime soon, but there’s a definite sense of frustration about it existing at all. Perhaps it’s because many consumers are uncharacteristically looking forward to Microsoft’s new OS, and even if it isn’t wildly successful, it will still steal away precious market share that could be Android’s.

Top and front image via Gizmodo