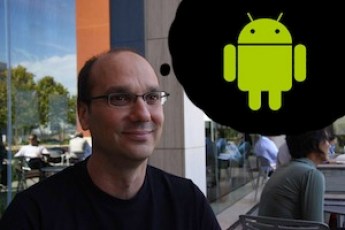 The tweet refers to the commands you would use to build your own copy of Android on any Linux machine. Rubin is basically shouting to Jobs: “Is that open enough for ya?” Google CEO Eric Schmidt went on to retweet Rubin’s message.

Jobs also pointed out that the Android version of the Twitter client TweetDeck had to compensate for “more than 100 different versions of Android.” He was referring to a chart TweetDeck constructed to show the variety of Android’s handsets. But it seems like TweetDeck didn’t actually have as much trouble as Jobs figured, as the company’s CEO Iain Dodsworth tweeted:

Did we at any point say it was a nightmare developing on Android? Errr nope, no we didn’t. It wasn’t.

Dodsworth went on to say that “we only have 2 guys developing on Android TweetDeck, so that shows how small an issue fragmentation is.”

Jobs was noticeably worked up when he started ranting about his mobile competitors, so it’s not surprising that he completely misread some details. Now let’s wait and see if he actually responds to Rubin and Dodsworth.

via Engadget, TechCrunch – image via Gizmodo