Google today added mirroring to its Chromecast Android app, enabling Chromecast owners with Android devices to “cast” mobile apps, photos, videos, and anything else from their device’s screen over to their television set. Google originally announced the feature at its I/O 2014 developer conference.

To mirror content from an Android phone or tablet, you’ll need to open the Chromecast app, select “Cast Screen” from the navigation drawer, and then choose the Chromecast device connected to your television. Nexus-branded device owners have it even easier: They can access the feature from the quick settings menu. 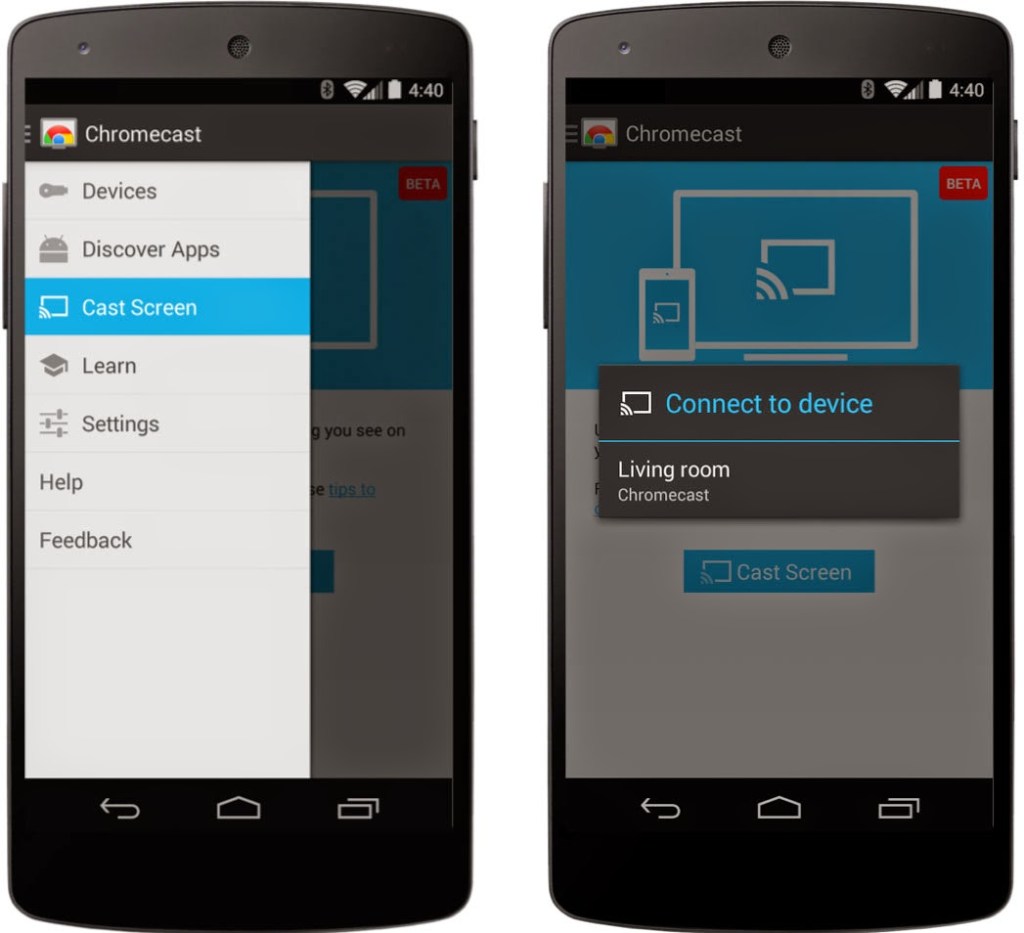 The company said it’s planning to add support for more Android phones from Samsung, HTC, LG, and others in a future update. You can find a complete list of supported Android devices below.