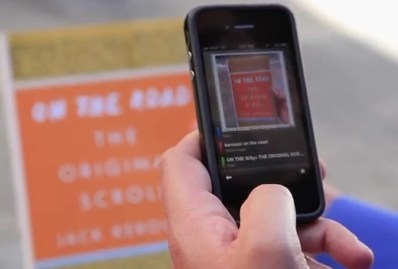 Google has finally brought its Goggles visual search feature to the iPhone as part of its Google Mobile App.

Google software engineer Milan Broum announced the addition of Goggles, which lets users perform visual searches using their iPhone’s camera, in a blog post today. The feature only works on version 4.0 of the iPhone’s operating system with an iPhone 3G S or iPhone 4 — the only models that contain auto-focusing cameras.

The company previously released Google Goggles on Android last December, and it’s been an exclusive on that platform until now. Microsoft ended up releasing its own spin on visual search in its Bing iPhone application in June, which makes me wonder what took Google so long to bring Goggles to the iPhone.

In my testing, Goggles seemed fairly accurate at recognizing books and DVDs. I also found it to be faster than Bing’s visual search. Broum stresses that Goggles is still a Google Labs project — so the company still has to put a lot of work into it before it’s ready for prime time. For example, it doesn’t yet recognize things like plants, animals, or food.

Google put together this short video to demonstrate the iPhone version of Goggles:
[youtube=http://www.youtube.com/watch?v=ezc108DTaug&w=629&h=384]