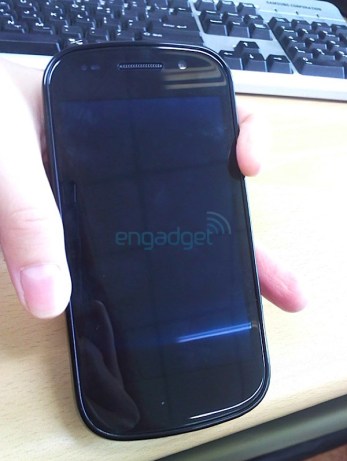 Dear Google, please announce the Nexus S already so I can dump my iPhone 4.

We finally have a clear glimpse of the Nexus One’s successor, Google’s next major Android superphone, thanks to a product listing slip-up by Best Buy and a report from gadget blog Engadget.

The phone is currently being tested by Google employees, and is apparently called the Nexus S (instead of the Nexus Two). Best Buy’s product listing mentioned that the phone features a “Pure Google” experience (meaning it runs Android, and no third-party interface “enhancements”, like the original Nexus One), and that it would be available on T-Mobile for the holidays. The product listing has subsequently been removed.

Engadget’s photos from a Google tipster reveal that the phone sports the curvaceous design we previously speculated on and that it looks a lot like Samsung’s current Galaxy S phones. The Nexus S looks like it’s using the same 4-inch Super AMOLED screen as its Galaxy cousins, and previous reports say that it’s using the same 1-gigahertz Samsung Hummingbird processor as well. There’s also a visible front-facing camera for video conferencing, which is only available on one Galaxy S device, Sprint’s Epic 4G. 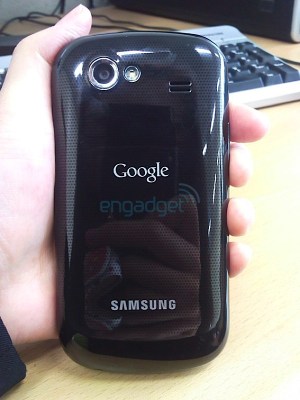 The Nexus S certainly isn’t leaps and bounds ahead of other Android phones like the Nexus One was. Samsung’s Galaxy S phones were launched just a few months ago, and as we just mentioned, they’re likely not that much different from the Nexus S internally. Other Android manufacturers like Motorola and HTC have also continued iterating on their hardware with devices like the Droid X and Incredible, which are about on-par with Samsung’s hardware. It will likely be the first phone to run Google’s Android 2.3 update, but other high-end Android phones should be receiving that update over the next few months as well.

Just like the Nexus One, the Nexus S doesn’t appear to be for everybody. Instead, it will appeal to hardcore geeks who are looking for the best possible Android phone for this holiday season. That same crowd will appreciate that the Nexus S only runs pure Android, without the cruft of other software slowing it down. Google will probably also sell it without contract.

Honestly, I can’t wait for it. Despite reports that AT&T’s New York cellular network has been improved, my iPhone 4 experience has only gotten worse when it comes to voice calls. I love the platform and hardware, but I need to get on another network stat. With T-Mobile’s faster HSPA+ speeds, and free Wi-Fi calling, it’s certainly tempting to move over. Now I just need the right smartphone to make it worth the move.