It’s been nearly three years since Google first lifted the lid on Project Fi, a mobile virtual network operator (MVNO) service that flits between Wi-Fi and the cellular networks of T-Mobile, Sprint, U.S. Cellular, and Three.

Thus far, the pricing model has been fairly straightforward: $20 per month for unlimited calls and texts, plus $10 for every gigabyte (GB) of data used. Simple. But today Project Fi announced a new “bill protection” feature that effectively brings unlimited data to mobile phone users — with a $60 cap in place.

To illustrate the new pricing structure, here’s a “then and now” juxtaposition.

If they do hit the 15GB mark, they will then begin to experience slower data speeds until their next bill cycle begins — unless they opt out of the program and choose to continue paying $10 for every GB they use over 15GB. It’s perhaps fair to say that anyone using 15GB of data per month is likely streaming and prefers higher speeds. 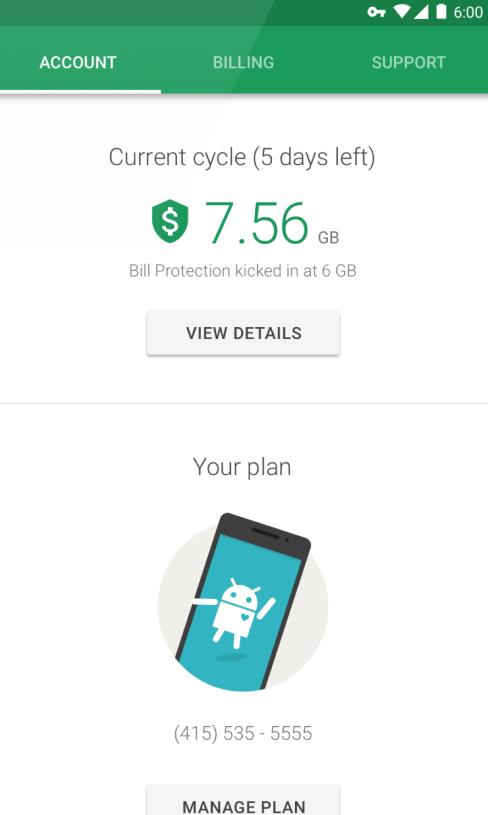 In reality, 6GB of data per month should suffice for most people, providing they have semi-regular access to Wi-Fi at home and/or at work. But for those who do stream a lot of video on the move, the extra 9GB allowance should serve them well over a 30-day period, and only the very data-hungry will have to worry about their next move after hitting 15GB. Indeed, according to Google, less than one percent of Project Fi subscribers use more than 15GB of data in a given month.

It’s worth noting here that Project Fi also offers plans for groups of up to six people, and the more people on a plan, the more data will be allotted. As such, the new bill protection structure kicks in at different usage points depending on the number of people on the plan. Above: When ‘bill protection’ kicks in for groups

Project Fi currently works with just a handful of Android devices, including the Moto X4, Android One Moto X4, Pixel and Pixel XL, Pixel 2 and Pixel 2 XL, Nexus 6P, and Nexus 5X. It’s only open to U.S. subscribers, though the plans work for U.S. travelers in more than 130 countries.