Now you can buy users like you buy potatoes — and on sale, to boot.

The mobile user-acquisition wars just took a new turn: SessionM is launching a new self-serve market for buying users today. In addition, the company is announcing a new loyalty program that will enable SessionM developers to acquire users at, essentially, half price.

And not just any users. We’re talking whales.

“We’re launching a new self-serve ad platform, an app marketplace to drive install from other apps in our network,” SessionM chief revenue officer Bill Clifford told me yesterday. “We can leverage targeting and attribution so developers are ROI-positive on their [user acquisition] spend.”

According to SessionM, the company is able to identify “power users,” the top 33 percent of mobile users who drive 80 percent of all in-app activity and revenue. That capability, if true, is a game-changer for mobile developers who are looking to monetize their games and apps.

SessionM runs a loyalty and rewards program that integrates into “thousands of apps,” Clifford told me. Users in those apps can earn “mPoints” for being loyal, social, and making in-app purchases, and those mPoints are redeemable for real-world goodies like Amazon gift cards or, in the case of the New England Patriots’ app, jerseys at team stores.

VB recently published the Mobile Games Monetization report,
based on 176 developers with 1,100 games and $600M in annual revenue

That loyalty history is what SessionM uses to determine power users with maximum LTV (life-time value).

The real benefit here, of course, is for developers who have already integrated SessionM into their apps, as they’ll be able to acquire new users at a fraction of the cost of other developers.

“It varies based on the type of app, but on average we’re seeing about $2 to $2.50 on iOS and around $1.50 on Android,” Clifford said. “There’s a steep discount for app developers who have SessionM installed … their costs will be around $1 to $1.50.” 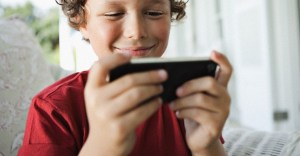 In other words, the company is attempting to build a virtuous circle in which SessionM developers almost form a guild or cabal to share high-value users among each other at an artificially low cost, which the company hopes will drive massive adoption of its loyalty and rewards program, which will then further enhance its ability to identify, target, and market even more mobile users, and so on and so on.

The company has put its finger on the core problem for mobile developers today and custom-built a solution to solve it. Whether it works long-term or is essentially just a modern variant of a pyramid scheme that endlessly recycles the very exhaustible “natural resource” of mobile users and will inevitably collapse under its own weight, however, is another question.

But I have no doubt it will be attractive to developers, and it should help propel SessionM to new heights.

“We currently see 60 million unique users a month … every day we see about two billion actions that take place in apps, 150 million of which are meaningful engagements that we can reward consumers for doing,” Clifford said. “That’s growing pretty dramatically, and by the end of the year it will be over 100 million monthly uniques.”

That growth, plus this new platform, has the company at an inflection point, he believes, that will propel further developer adoption, then user adoption, and then advertiser adoption, all of which benefits the SessionM’s core business of real-world rewards.

“SessionM has been a great user acquisition channel for our clients, consistently delivering some of the highest lifetime value users amongst our channel partners,” Steve Bagdasarian, a VP at Fiksu, said in a statment. “We are excited to use their new self-service platform to automate the setup process, increase our buying efficiency, as well as leverage their data and insights to further improve our campaigns’ performance.”

The market for users will be widely available early next quarter.