Amazon’s latest attempt to take over your living room, the Fire TV Stick, is here.

Only the device is totally sold out. New orders won’t arrive until January 15 at the earliest. So if you haven’t ordered one yet, hopefully our hands-on micro-review can hold you over for a few months.

With that in mind, let’s dive right in.

A decent first-time experience, with some unnecessary friction

On launch, Amazon holds your hand through the setup process with a how-to video. It’s a bit cheesy, but may help smooth the on-boarding process for first-time set-top box owners. 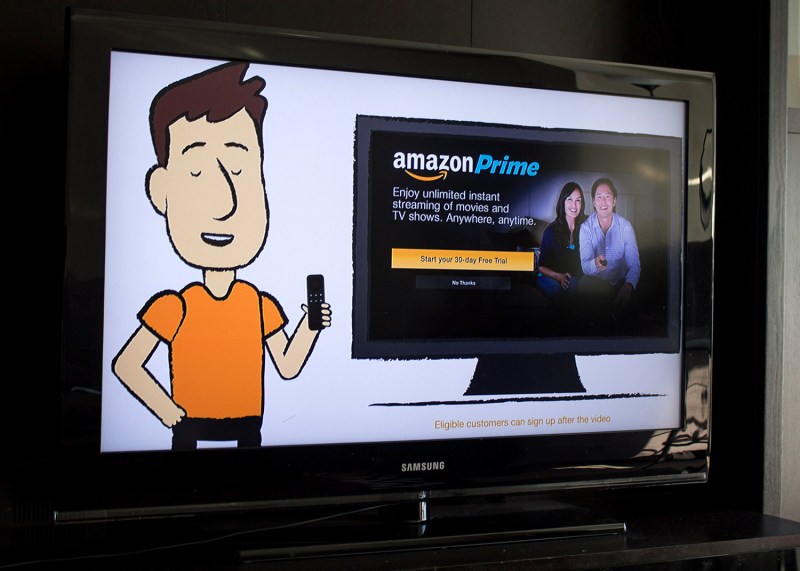 After awkwardly typing in your home WiFi password and logging into your Amazon account with the Stick’s remote, you’ll find yourself on the device’s home screen. Like the Apple TV and the Nexus Player, Amazon’s home screen offers a standard selection of recent videos and third-party apps. 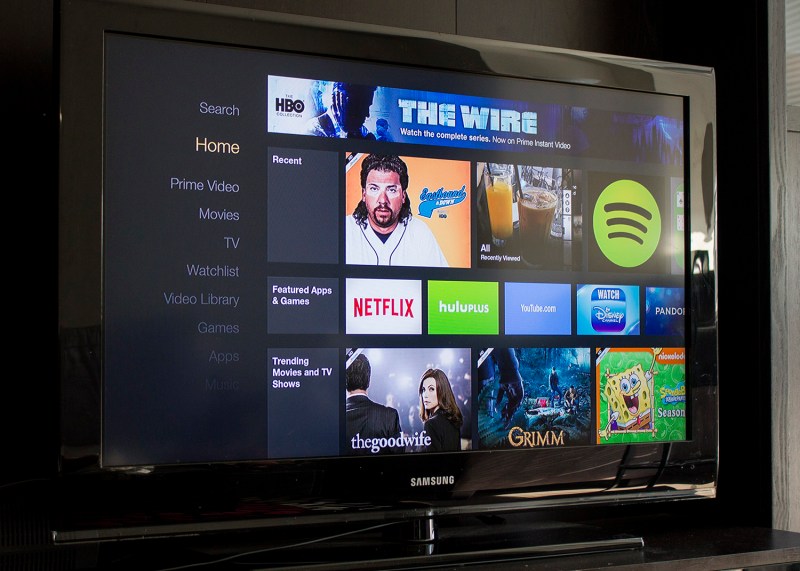 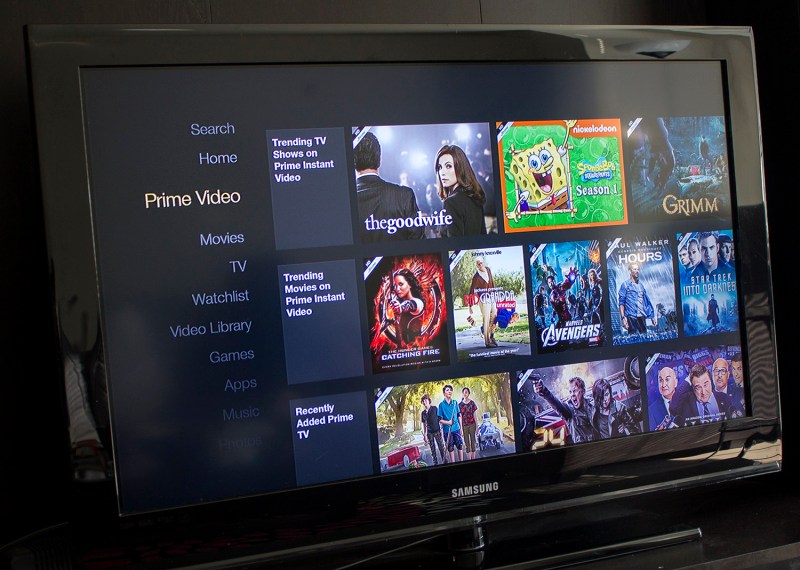 Further down the list, you’ll find your watch list and video library, two tabs that are completely empty for new users, creating a less-than-optimal experience for first-timers.

There are a few other suboptimal aspects of the Stick that will prevent it from winning over Apple TV fans, including the way the Stick handles apps; the device offers a selection of apps comparable to the Apple TV, but Amazon requires users to manually download them one by one. On Apple TV the apps are pre-downloaded and ready for action. 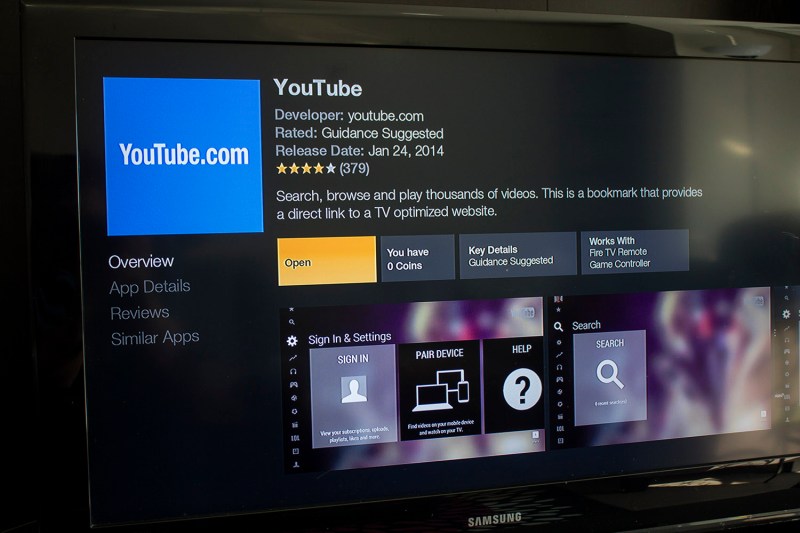 Speaking of friction, Amazon’s music tab is virtually useless unless you’ve already set up Prime Music on your computer. This is probably the most frustrating aspect of the device for first-time users. It’s forgivable for the $39 Stick, but worth pointing out nonetheless. 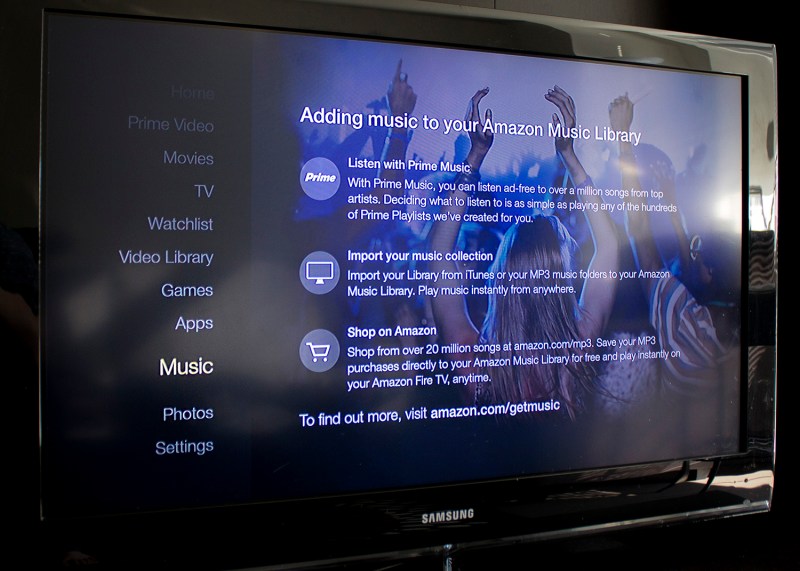 Here’s one more (petty) gripe about the Stick: Like the Nexus Player, the Stick’s plastic remote feels a bit cheap compared to the metal remote of the Apple TV.

The Stick is impressive, if you consider the price

Amazon’s Stick should be thought of as the $99 Fire TV‘s younger sibling. But for $39, the stick can do almost anything the classic Fire TV can, without the higher-end specs you’d need for gaming. Plus, it doesn’t ship with Amazon’s voice remote, a key feature for the Fire TV.

All this aside, after giving the Stick a spin, it’s becoming clear how much of a deal the device is; it costs $4 more than a Chromecast, and $60 less than the Apple TV and the new Nexus Player. If you’re on the market for such a device, and if price is a key factor, and if you don’t mind waiting a while for the Stick to land on your doorstep, this is probably the home streaming device for you.

For more on the Fire TV Stick — including how it stacks up to the competition — stay tuned for VentureBeat’s full review.