If you’ve been following Apple since the early iPad days, you’ve probably noticed that an increasing percentage of the company’s devices run on Apple-developed chips. Mac computers seemed destined to eventually move from Intel to Apple processors, except Intel’s chips maintained a healthy performance lead over Apple’s.

That changed last week when Apple debuted the A12X, enabling iPad Pros to finally match the speeds of Intel-based MacBook Pros. Now the Mac’s transition to Apple processors feels imminent — the only questions are “how?” and “when?”

Having spent years writing about Apple, I think there are three plausible scenarios for the Mac’s switch to Apple-developed CPUs, a process that will likely take place over the next two years. I’ll refer to the scenarios as “hybrid,” “A-series,” and “Z-series.” But before that, it’s worth considering some pertinent background information.

Up until 2005, Apple spent a lot of money and energy trying to convince consumers that AIM-developed PowerPC processors used in Macs were better than Intel’s Pentiums. Ranging from inspirational to funny, Apple’s Mac ads focused on converting PC users to Macs, but everyone except Apple diehards knew that the Mac was losing the war. Even with Jony Ive’s increasingly distinctive designs, the expensive Mac lineup was stuck at roughly two percent market share. Intel-based PCs running Windows continued to dominate the personal computer market.

After years of trying to compete against Intel, Apple decided that PowerPC chips were a dead end. So in 2005, the company famously announced that it was switching Macs to Intel Core-series CPUs, a serious undertaking. Completely new Mac hardware was required, and Mac OS developers had to re-code all of their apps from PPC to Intel, resulting in hybrid “Universal Binaries” that could run on both types of machines.

Because of the CPU switch, Apple gained a marketing advantage: It was now able to directly compare the performance of its Macs against Windows PCs. It was also able to offer Boot Camp, a tool that let Macs run Windows. Since Intel chips allowed Apple to compete directly for PC customers, Mac unit sales and market share eventually more than tripled over their levels in the PowerPC era. Regardless of whether this was due to the change in chips, an iPod “halo effect,” a combination of both, or other factors, Apple won customers from the Windows PC world thanks in no small part to its Intel switch.

What’s changed since then

A lot has changed since 2005. Back then, the personal computing world was focused largely on desktops, and Apple’s flagship Intel conversion was the all-in-one iMac. Today, most personal computing is done on laptops, tablets, and smartphones — arguably in increasing order. Now that it’s selling twice as many iPads as Macs every quarter, Apple doesn’t seem to care as much about winning Windows converts as it did a dozen years ago, and it appears to be ready to walk away from Windows-compatible hardware at this stage. (But see: Windows 10 on ARM.)

Above: iPhones now account for most of Apple’s revenues, surpassing Mac unit sales by around eight times. Google’s Android is arguably a bigger Apple rival than Microsoft’s Windows.

There’s still a risk for Apple, though: Intel is a global-scale marketing force, and most desktops and laptops still use Intel chips. Apple should know from past PowerPC experience that pitching competing processors as offering twice the performance of Intel’s chips isn’t a winning strategy.

The market is somewhat less spec-driven than it was a decade ago, so Apple might be tempted to use iPad-style lifestyle marketing rather than direct hardware comparisons to sell Macs. But lifestyle marketing hasn’t historically worked particularly well for laptops or desktops.

Despite Apple’s recent comparison of iPad sales to PC sales, there are still differences between tablet and traditional computer buyers. Customers don’t tend to shop the same way for tablets as they do for laptops or desktops — computer buyers still care about specs, even if they don’t completely understand them.

There’s also wide variation in price sensitivity: An entry-level laptop buyer is neither looking for nor willing to pay for the same performance as a high-end desktop computer. For that reason, Apple’s current iPad approach — a one- or two-size-fits-all chip solution, sans specs — isn’t likely to work for Macs.

One way for Apple to transition Macs away from Intel processors would be to include both Apple and Intel CPUs in a new lineup of Macs for a year or two. With the right hardware and software, Apple could encourage macOS developers to start transitioning their Intel code to run on an A-series chip, and switch between the processors as needed.

I’d consider this to be almost completely implausible — it’s just not the way Apple does things with developers. Apple would need to develop dual-CPU Macs with two different architectures inside, solely to facilitate a brief transition from one architecture to the next. These hybrid devices would also need to be maintained in some way for years after they were released.

Apple is far more of a “rip the bandage off” company when it comes to transitions like this: it abruptly or almost abruptly moves from one platform to the next. When it’s ready to pop a new 64-bit chip into an iPhone or Apple Watch, it happens without warning; you don’t see one old chip and one new chip sitting inside the same chassis.

Instead, Apple appears to have been quietly preparing its software for the transition. At WWDC 2018 in June, Apple confirmed reports that it’s starting a multi-stage Apple initiative to bring iOS apps — developed for Apple’s own A-series processors — to Macs. And in September, an obscure Apple software development feature called Bitcode quietly enabled virtually every watchOS app to seamlessly transition to a new 64-bit Apple Watch Series 4 CPU without much if any developer involvement.

Having said all that, Apple has already started to use a hybrid chip transition strategy for Macs, but it’s focusing on discrete features rather than CPU overlaps. As of today, Apple T1 and T2 chips are now handling BIOS, security, and other functions for recent MacBook, Mac mini, and iMac Pro models. These T-series chips aren’t full-fledged CPUs, but they give Apple the chance to start using A-series-like processors to control certain Mac hardware subsystems. When it’s ready to replace Intel’s CPUs altogether, Apple will use more sophisticated processors instead.

Scenario 2: Macs get an A-series processor

It’s possible that Apple could bring its A-series processors directly over to Macs from the iPad and iPhone. There’s a good argument to be made for this outcome: Keeping the A-series name across all of these devices would make it fairly easy for iPhone and iPad owners to see how a new Mac compares generationally in the lineup.

If Apple wanted to differentiate Macs from iPhones and iPads, it could extend the existing A-series branding with a new suffix letter. For example, it could keep A13 for iPhones, use A13X for iPads, and reserve A13Z or something similar for Macs, without providing any additional details as to chip characteristics.

My personal take is that this might be fine for some phone and tablet buyers, but would leave laptop and desktop customers dissatisfied. A straightforward solution would be to differentiate the growing A-series chip lineup by cores and clock speeds, like this:

Even so, that’s adding a new layer of complexity to iPhones and iPads, which up until this point have been marketed with softer, more basic specs. Though there are reasons to like and perhaps even prefer this scenario, I suspect Apple would prefer not to go down that path.

Scenario 3: Macs get a Z-series processor

Macs aren’t sold in a vacuum: they’re just one of a wide variety of computer options sold by various vendors, and despite Apple’s continued growth and influence, Macs haven’t become anywhere near as popular as their more affordable siblings. The fact that iPads and iPhones are successful doesn’t mean that Macs with similar chips will suddenly catch up with them; to the contrary, Apple will need to be prepared for the guaranteed accusation that it’s trying to use “tablet chips” in its professional-class desktop machines.

My belief is that Apple understands this and will come prepared with a top-of-line Mac chip that is considerably brawnier than anything it currently makes. Today, there’s nothing more powerful than the A-series chip family in Apple’s current processor lineup:

If I was a betting man, I’d wager that Apple will create a new class of Mac processor under a new moniker. Absent this choice, the company would feel pressured to keep updating each Mac annually, just as it refreshes iPhones and iPads. When the latest iPhone has an A16 chip inside, who would buy an expensive Mac Pro with an A13Z chip? It would be obvious Apple hadn’t updated the Mac in a few years. 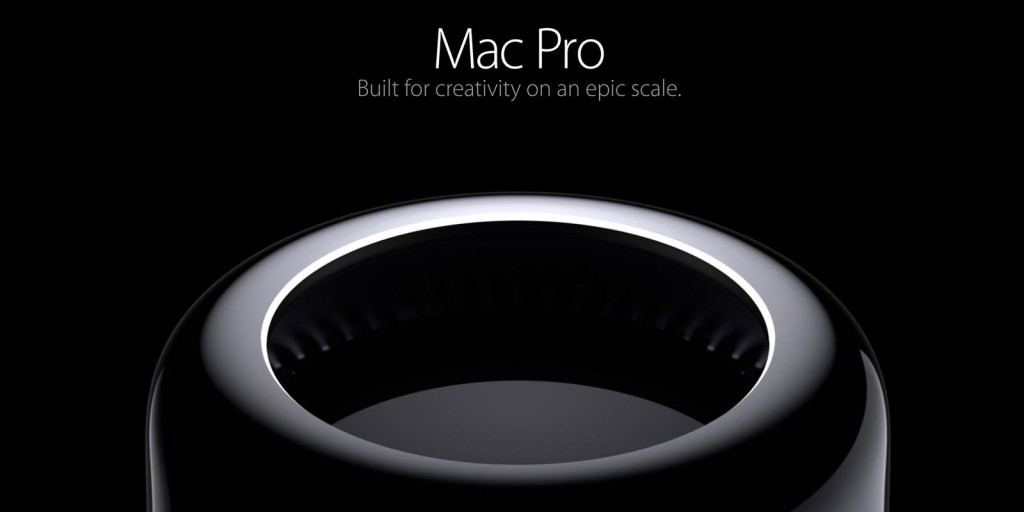 Above: Apple’s Mac Pro hasn’t been updated since 2013. Who would buy it if its A-series CPU was conspicuously older than the latest iPhone’s?

Doing this would also enable Apple to use separate marketing strategies on two separate chip lines for somewhat different audiences. With A-series chips, it could continue its lifestyle marketing, while specs and raw performance could be the focus for Z-series (or pick your favorite letter) chips:

Given Apple’s track record, keeping the Mac largely on its own cadence with its own chip identities would make more sense. On the other hand, running two separate “best of breed” chip lines could introduce confusion and competition between the A- and Z-series lines, and could lead one of the lineups to stagnate.

What about performance and timing?

The only thing we know for sure at this point is that Apple’s chips have kept improving at a faster rate than Intel’s. If Apple was able to get an A12X processor to rival an Intel Core i7 in benchmarks in 2018, there’s every reason to expect that an A13X next year could take on Intel’s Core i9 — notably without the need for a cooling fan.

It’s normally not safe to assume that Intel will nearly stand still while Apple jumps forward, but given the companies’ respective positions over the past year, that prediction doesn’t feel like a stretch. And in 2020, if Apple makes its expected move from its current 7-nanometer chipmaking process down to 5 nanometers, it could open up a legitimate performance gap that Intel — currently struggling with the 14- to 10-nanometer transition — will struggle to match.

For the time being, an obvious way for Apple to create a professional desktop-worthy processor would be to develop a larger chip with more processing cores and faster speeds, offset by active cooling. Most Mac laptop and desktop chassis already have fans inside because they’ve needed to cool Intel chips. iPhones and iPads have never had the luxury of fan cooling, so the performance they’re achieving is particularly impressive. Imagine what they could do with the fan inside a MacBook Pro.

I’d call it safe to assume that Apple won’t transition Macs to its own processors until it has an Intel desktop-rivaling solution ready to go, and that will involve either an even more powerful internally developed GPU or outreach to dedicated GPU makers to produce new high-end cards well beyond A12X’s specs.

Once the necessary chips are finished, the switch should be rapid. Apple’s PowerPC to Intel hardware transition took about a year and a half, such that every new Mac was running on Intel CPUs by the end of 2006. This time, Xcode and features like Bitcode will make the switch easier for both developers and consumers. I’ll be surprised if we don’t see more signs of a near-term change at the 2019 WWDC, and stunned if I’m not using an Apple CPU-based laptop by the end of 2020.