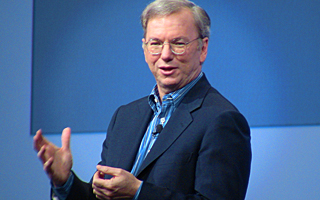 But there is a silver lining: Google chairman Eric Schmidt stated today that Google would help and support those original equipment manufacturers (OEMs) involved in legal battles.

In a visit to Taipei today, Schmidt stated, “We tell our partners, including the ones here in Taiwan, we will support them. For example we have been supporting HTC in its dispute with Apple because we think that the Apple thing is not correct.”

“The Apple thing” to which the chairman referred is the all-out attack waged by Apple on Android manufacturers.

As former Apple chief Steve Jobs told his biographer, “I will spend my last dying breath if I need to, and I will spend every penny of Apple’s $40 billion in the bank, to right this wrong. I’m going to destroy Android, because it’s a stolen product. I’m willing to go thermonuclear war on this.”

In response, Schmidt stated earlier this year, “They are not responding with innovation, they’re responding with lawsuits… We have not done anything wrong and these lawsuits are just inspired by our success.”

In addition to Apple’s lawsuits (against Samsung, Nokia and HTC), Android is also under fire from Microsoft (via licensing fees and a Motorola lawsuit) and Oracle (which is suing Google itself for use of the Java language in the Android stack).

Taiwan is a hotbed as far as the mobile and Android supply chains are concerned. It’s also home base for HTC, which has for the past year been shelling out royalties on Android devices to Microsoft.

As part of its plan to assist OEMs and protect Android, Google has announced its intentions to acquire Motorola Mobility, which itself controls a rich vein of patents.