Yesterday, I tried on 56 wearables. Fifty-six. And, unsurprisingly, most left me wanting more.

But, by subjecting myself to a torrent of trackers, Android wrist computers, and even a smart sweatband, I came to a few conclusions that you might find helpful — if you’re buying a wearable, or if you get a kick out of gadget-watching.

1. Only a few major players have it right

I haven’t tried on every single wearable ever made. But in total, I’ve worn over 60 to date. After trying on a few dozen, one thing became clear to me: There isn’t a lot of value in the wearables product category yet.

Only a few companies seem to have taken the time to make strapping a “smart” gadget to your body feel somewhat natural. My top pick, the Fitbit Charge (believe it or not), features a piece of rubber, a simple display, and a few sensors. It’s simple, but it works, and I won’t be embarrassed when I see a picture of myself wearing it 5 years from now. 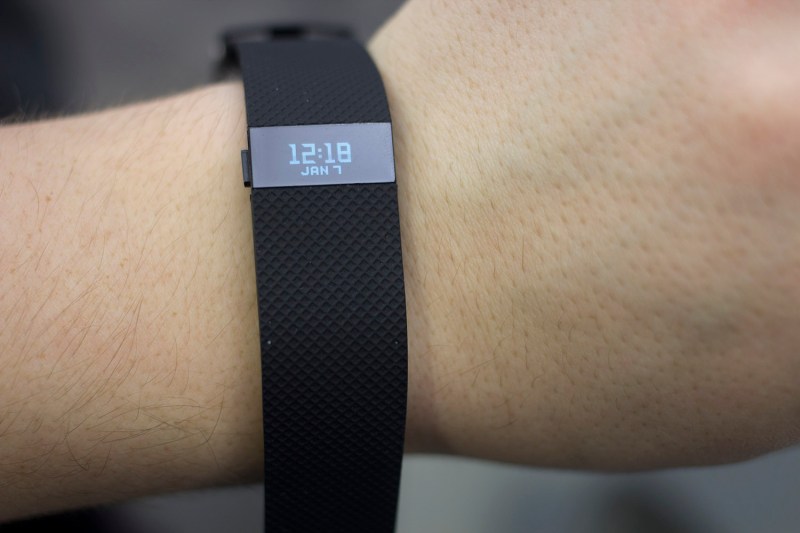 Above: The Fitbit Charge

I can’t say the same about Samsung’s Gear S, which tries to do everything instead of doing one thing well. Android Wear still has time to advance and may dominate this category in a few years, but it is not there yet.

Other very solid wearables include the Pebble and the Withings Activité. Also, I will say, the steel Sony SmartWatch 3 feels quite nice on the wrist, even if it’s a bit heavy.

2. Smartwatches and other wearables usually do too much, or too little

Samsung, LG, Sony and the rest of the Android Wear crew all suffer from feature bloat. I don’t want my smartwatch to double as a phone, but that may be a personal preference. 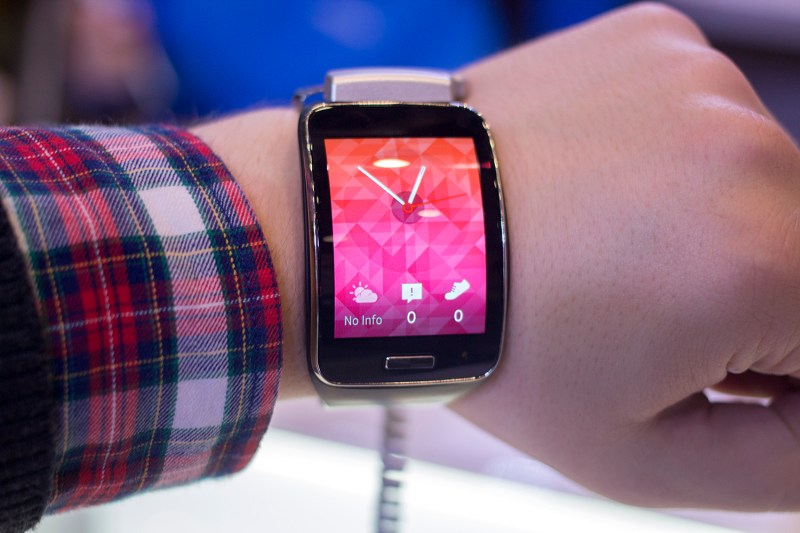 Above: The Samsung Gear S

On the other end of the spectrum, simpler gadgets are often limited by sub-par software. Even Fitbit suffers from this problem (I wish it would just integrate with Strava and Runkeeper), to some degree.

3. Not everyone is looking to Apple for direction

The race to launch the next big wearable doesn’t feel like a gold rush. It feels like the aftermath of a gold rush, where Samsung and others are hunched over a shallow stream sifting for flecks — as a fruit company looms.

A lot is riding on the Apple Watch, and many in the tech industry seem to believe that Apple already has a hit on its hands, but I’m not sold. It surely won’t flop, but something about a wrist computer feels inherently niche (for now). I say this having never personally used Apple’s.

I bet companies like Samsung are feverishly waiting to see how well the Apple Watch is received. But some companies are content in playing a specialized role. The SmartMonitor SmartWatch, which detects epileptic seizures, will never target the masses. Likewise, goofy, non-smartwatch experiments like the Narrative Clip, serve far too specific a purpose to branch out and mimic Apple. 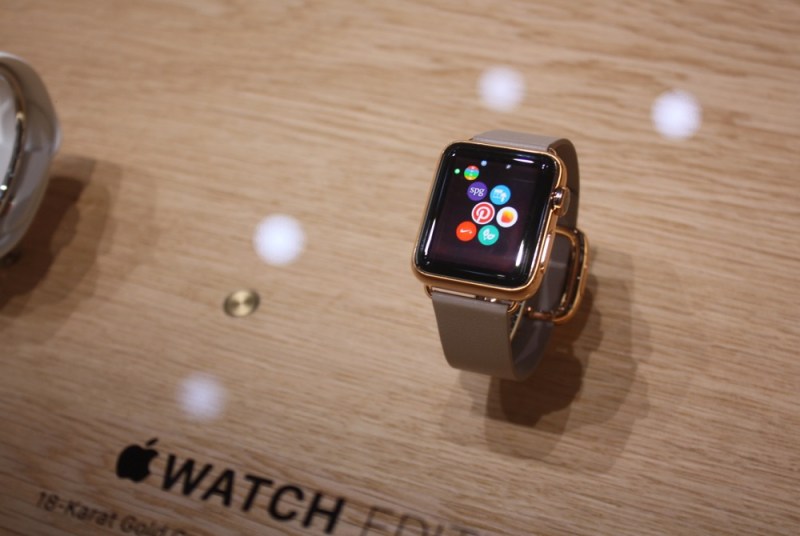 Above: The Apple Watch

The wearables category is still young, and there’s no shame in grasping at straws if there’s a chance someone will build something that makes life a little easier. It’s easy to be pessimistic, but there’s also plenty of potential. In any event, while we wait for this category to evolve, it’s entertaining to watch the puzzle pieces slowly come together.