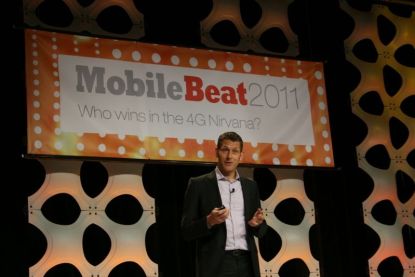 We initially intended to focus the show on “4G Nirvana,” although, as VentureBeat editor-in-chief Matt Marshall mentioned at the event, it became an exploration into the future of mobile payments as well. A group of 18 mobile startups also competed at the show for two of our coveted Tesla Awards.

If you missed out on attending, or if you’d just like to revisit what happened at MobileBeat 2011, you can find a collection of our stories below. This year, MobileBeat was also co-located with GamesBeat 2011, and we’ll be getting a roundup of stories from that event up soon as well.

Sony Network Entertainment president Tim Schaaf calls PSN hacking “a great experience” — Despite the fact that tens of millions of customers’ personal information was stolen and Sony had to shut down the network for six weeks, Schaaf called the hack a “really good time.”

Square COO Keith Rabois on creating an affinity brand for payments — How can a mere mobile payments startup like Square become a beloved brand like Apple or Porsche? According to COO Keith Rabois, it’s by making payments far less frustrating for both consumers and merchants.

Google Ventures’ Rich Miner talks about the mobile revolution — Miner answered the question on everyone’s mind: Where’s the Android fund? Kleiner Perkins has its Apple-focused iFund, but neither Google nor venture firms have anything similar for Android startups. 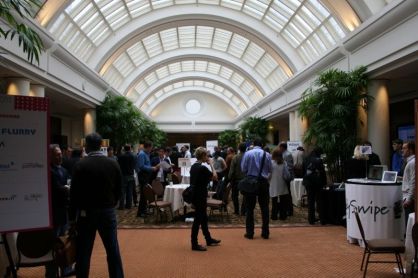 Sequoia & Kleiner VCs: Past year first for meaningful mobile momentum — Who doesn’t love to entertain venture capitalists? They have insight, they have an innovative eye, they have lots of money … So we grabbed two of the best dressed (plaid blazers anyone?) to join us on stage to discuss why VCs are going long on mobile.

Tapjoy CEO lashes out at Apple for restricting choice, revenue — Tapjoy CEO Mihir Shah is upset at Apple, and he’s not afraid to let his anger show.

Pay on the go with a picture of your credit card — Anyone who has ever typed their credit card information on a mobile keypad will appreciate Card.io. The company offers a software-based credit card payment solution for smartphone developers.

Roar Engine shows how to build a game in four minutes — Roar Engine got up on stage to demonstrate its simple game building platform. 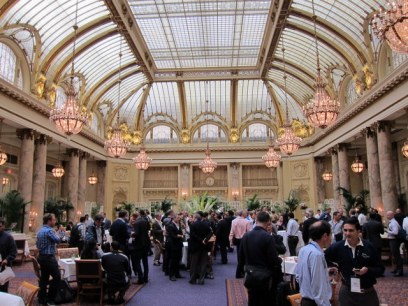 Yelp plans more local deals, IPO to come — For Yelp, the present — and future — are all about mobile.

“The wallet is dead”, and Kopo Kopo is digging its grave — Kopo Kopo, with offices in Seattle and Kenya, allows small-to-medium sized businesses in emerging markets to leverage mobile money with a low-cost subscription software.

With Bagtrakka, you’ll never lose your luggage again — Shudder at the thought of checking in your luggage at the airport? Bagtrakka may be the solution for you.

LiveDibs wants to give you deals you actually care about — LiveDibs calls itself a geo-location oriented social deals marketplace.

App.net provides intelligent app landing pages — Why didn’t you think of this? — With App.net, developers can sign up for a platform of tools to refer to their apps in different contexts including Facebook, Twitter, Google+, email and SMS.