There were lots of announcements at Apple’s Brooklyn, New York “More in the Making” event today, but one was seriously unlike the others: Apple actually switched the third-generation iPad Pro from its proprietary Lightning connector over to the increasingly popular USB-C standard.

That’s great news for consumers — and an offset on a day when Apple jacked up the prices of basically everything from entry-level laptops to new base model tablets and accessories.

Apple’s choice to use proprietary connectors in iOS devices (and several Mac accessories) hasn’t been a net positive for either users or third-party developers. The company first adopted Dock Connectors back in 2003 when it switched iPods away from more common FireWire plugs. Nine years later, it replaced the Dock Connector with the smaller, reversible Lightning connector. “This is the new connector for many years to come,” Apple’s Phil Schiller said back in September 2012, six years before the iPad dropped Lightning.

The two reasons Apple went with proprietary ports are very straightforward: size and control. Just as the company occasionally explains, its engineers have focused on squeezing every last millimeter of unnecessary space out of its iPods, iPhones, and iPads. Going from FireWire to the Dock Connector to Lightning certainly helped to accomplish that. But it’s reasonable to think that Apple could have instead used mini- or micro-USB connectors to achieve the same goal, just like virtually all of its competitors did. 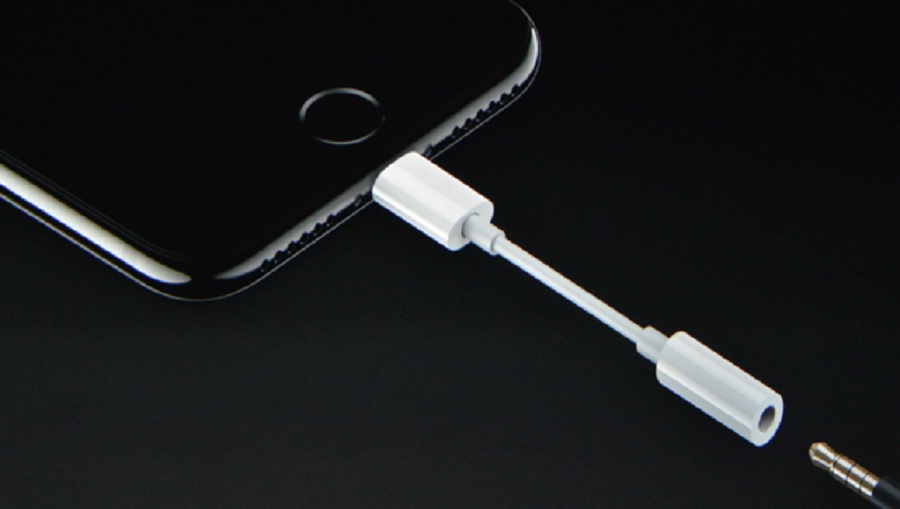 Above: Apple released an adapter to convert the iPhone’s Lightning port into a headphone jack. Now it’s doing the same for the iPad’s USB-C port.

Apple didn’t do that because it wanted control over iPod, iPhone, and iPad accessories. Using proprietary connectors enabled the company to build a large and ultimately racket-caliber business licensing parts to accessory makers. Eventually, Apple started to demand advance consultation and approval rights over “third-party” accessories, sometimes down to the packaging and pricing of individual products. Every time you’ve paid a ridiculously high price for an iPad, iPhone, or iPod accessory, you can be certain that Apple was the reason.

Years of tight accessory control choked so many third-party accessory makers that Apple nearly killed the Lightning accessory business, to say nothing of the small hardware developers it was trying to profit from. Some survived by shifting to wireless Bluetooth or Wi-Fi accessories, getting away from Apple’s connectors while also appealing to Android users. Others closed up shop or sold what was left of their once-thriving businesses to larger companies.

Since so few Lightning accessories are released these days, particularly for the iPad, walking away from the connector is easier for Apple now than it was when the Dock Connector was at its peak in 2012. Moreover, regulators — particularly ones in Europe — have spent years pushing Apple and other companies to stop making proprietary chargers for their devices, with the goal of letting consumers use one common charger and one common cable across multiple products. It’s also been hard to get some PC users to consider the iPad as a serious laptop rival when they can’t plug their laptop accessories into it.

USB-C is clearly the wired solution that can make that happen, assuming consumers who held out until now are willing to start investing in that standard. While it remains to be seen whether Apple imposes some software block on iPads to slow their charging speeds when not used with Apple-authorized chargers — something it appears to be testing with inductive iPhone chargers — there’s a possibility that, as with its USB-C MacBooks, properly designed third-party chargers with USB-PD support will work perfectly across all of Apple’s upcoming products.

If that happens, Apple could benefit, too. With a little price fine-tuning, Apple’s compact, well-made USB-C accessories could wind up becoming popular with users of non-Apple devices, expanding the market for its chargers, cables, and input devices. Based on its announcements today, however, it doesn’t look like accessory prices are coming down at all, though it is increasing its USB-C collection to include … well, a new $9 3.5mm headphone port-to-USB dongle. And a USB-C SD card reader for $39, about the same price as a SanDisk alternative.

Perhaps the biggest reason Apple dumped Lightning for the iPad Pro today is that it expects an increasing number of accessories to go fully wireless in the future. With the Apple Watch and second-generation Apple Pencil, Apple is showing that integrated USB-C ports aren’t even necessary to give its smaller products the data and recharging abilities they need. The AirPower wireless charging mat may have missed yet another event, but it’s easy to imagine a future where all Apple devices just charge while making connector-free contact with flat surfaces.

That doesn’t mean that the new iPad Pro ports already have their days numbered, but if the 3.5mm headphone port is gone from the iPad Pro — and notably not the redesigned MacBook Air with Retina display — you can be sure that Apple’s considering all its options. We’ll have to wait and see whether Apple is willing to call USB-C the iPad’s “connector for many years to come” this time, or just remains closed-lipped on its future plans.