Four years ago, Highlight debuted at South by Southwest’s interactive conference, just as location-based meetup services were enjoying a surge of interest. Today, it has launched its second app, called Shorts, which is based on the same concept but with a twist: It is now focused exclusively on your mobile device’s camera roll.

They say that a picture is worth a thousand words, so if you’re interested in learning about someone, perhaps one of the best ways is through the photos and videos they’ve taken. Shorts was built around a “crazy idea” that Highlight had a year ago: Wouldn’t it be interesting if, when you saw someone nearby, you could cycle through their camera roll? “What better way to learn about someone than by seeing things through their eyes,” company CEO Paul Davison told VentureBeat.

“When we were building Highlight, we started to notice what people were doing with their photos,” he continued. “We were seeing a pattern over and over again where people would walk down the street, see people nearby and cycle through their profile photos, but [they] ran out of content because of a limited number of photos.” 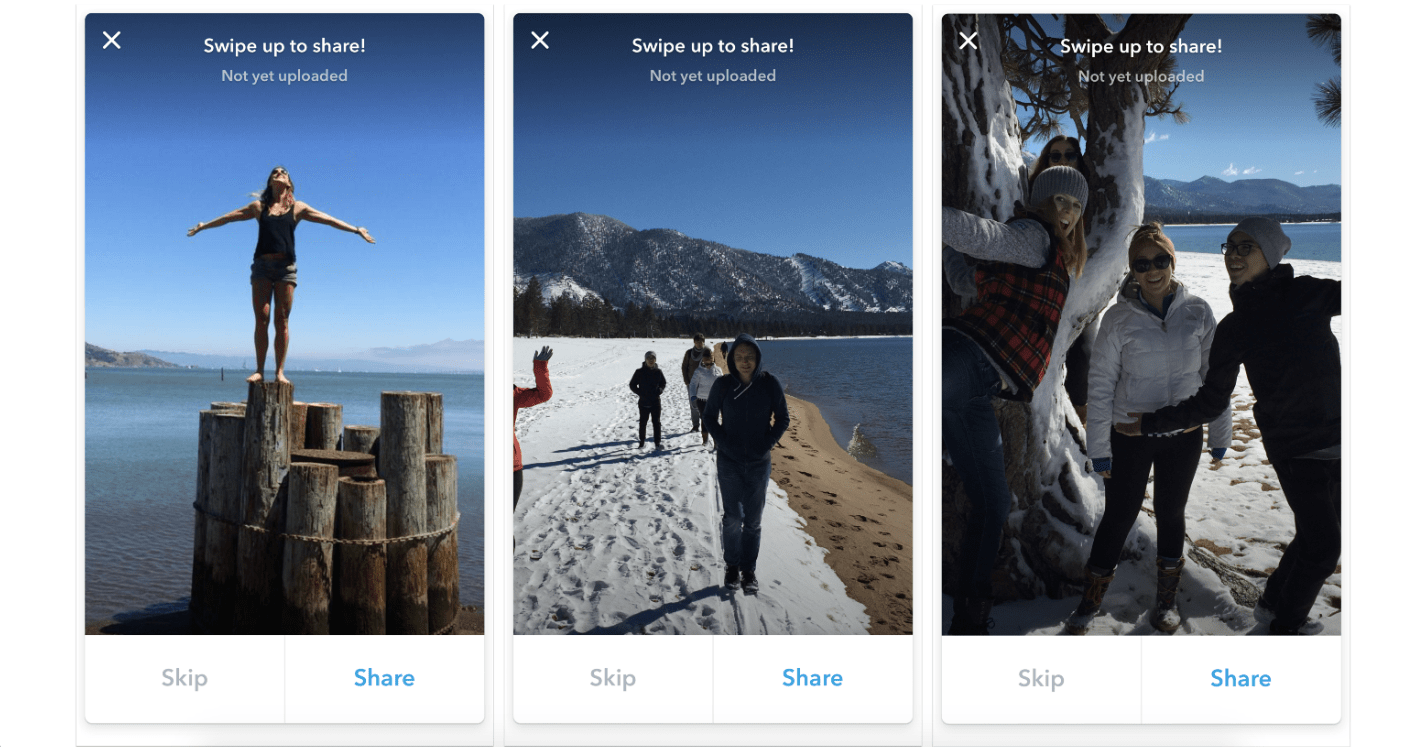 The app is being called the “most personal sharing experience” that Highlight has ever made and not only uses the location technology of its parent app, but incorporates lessons learned from Roll, an early predecessor to Shorts. It will show you the photos, videos (capped at 15 seconds), and even screenshots in your camera roll — swipe up to share with your friends and those nearby or swipe down to keep an image private.

With Roll, every time a photo, video, or screenshot was taken using the device’s native camera, it would be immediately visible to your friends, essentially letting them see in real time through your eyes. Those testing out the app were eagerly watching for the next photo to come in. Davison pointed out that in early testing of Shorts, people opted to share 50 percent of their camera roll. If you are a user of Roll, the company will eventually transition you over to this new app.

With Shorts, you can add friends or discover new ones thanks to the location technology. If you swipe on the app, it’ll show you people who you “might know,” such as friends of friends, people on other networks, people you’ve heard of, and people around you (if location-sharing is enabled). 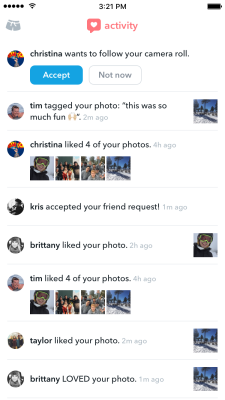 Shorts is not a replacement for Instagram, especially since there’s no way to take a photo within the app. Instead, when you access Shorts, it’ll scan your camera roll to detect if there are any new photos or videos to share. Davison said that Shorts was designed for speed, which is why it doesn’t provide any filters or focus on “like counts.”  “You feel like you’re with your friend every time of the day,” he explained.

The experience is not about who takes the best photos, Davison added. He described the app as being people-centric, not photo-centric. The idea of meeting nearby strangers is still at the heart of the design, but now, when those serendipitous encounters happen, you can look at Shorts to see what images the person has taken and get a better sense of who they are.

Although meeting strangers through their camera roll may be intriguing, adding friends and family is probably the most logical use case for Shorts. Next time I take a trip to Hawaii, instead of publishing a few photos on a social network where excessive updates risk alienating others, I will be able to post whatever I want, so my loved ones can to see all the things I’m doing in real time, giving them a more complete picture of my trip.

Unfortunately, Shorts lacks specific permissions that limit who has can see your photos and video. That means if I’m posting photos of my nieces and nephews, anyone around me who has Shorts can see them. The only control in place is to limit strangers to just the 24 most recent photos you’ve shared.

Items posted in the app are not ephemeral. All the photos you’ve shared will remain on display until you remove them. Eventually, Davison said, users will have the ability to download content.

We asked what will happen to Highlight now that the focus is on Shorts, and the answer was that while the original app is still around, the team has prioritized this newest app.

Shorts is available for iOS only, but an Android version is coming soon.