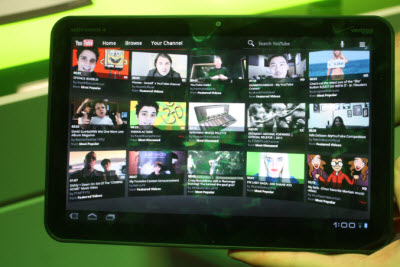 Google’s Android 3.0 “Honeycomb” update won’t be making its way to smaller developers anytime soon. The company has decided to delay the release of Android 3.0’s source code to the community, Bloomberg reported yesterday.

It’s not difficult to fathom why Google is delaying. The 3.0 update has long been touted as being made specifically for tablets, and Google has been strangely quiet about how exactly the update will apply to smartphones. The company’s rush to deliver a compelling tablet OS was most likely driven by the release of the iPad 2 — that’s why Android 3.0 tablets like the Motorola Xoom were announced way back in January, months before Apple had even confirmed the existence of the iPad 2.

Google’s Android head Andy Rubin also confirms this line of thinking to Bloomberg: “To make our schedule to ship the tablet, we made some design tradeoffs,” he said. “We didn’t want to think about what it would take for the same software to run on phones. It would have required a lot of additional resources and extended our schedule beyond what we thought was reasonable. So we took a shortcut.”

Now that shortcut is finally coming back to bite Google. The delay, which is expected to last for a few months, will surely infuriate open source advocates who think that Google’s entire Android development process should be open for everyone to see.

The news also means that consumers won’t see Android 3.0 phones anytime soon — or tablets from smaller device makers for that matter. Motorola will continue to ship its Xoom tablets, and Android 3.0 tablets from major companies like Samsung’s 10-inch Galaxy Tab aren’t being affected.

The real question now is whether it was worth it for Google to push Android 3.0’s development to compete with the iPad 2. Motorola’s Xoom tablet was well reviewed, but its sales haven’t been anywhere near iPad 2 levels. It’s also more expensive and thicker than the iPad 2, so there’s very little compelling consumers to choose it over Apple’s slate.