When Apple released the cellular-capable Apple Watch Series 3 in September, it didn’t realize that a tiny component — its next-generation embedded SIM card (eSIM) — would lead China to quickly and abruptly cut off Apple Watch phone service within its borders. This morning, the cellular Apple Watch belatedly became available to order in China’s Hong Kong territory and Singapore, spotlighting the surprising challenges eSIM faces as it becomes critical to next-generation wearables and 5G devices, replacing the 25-year-old traditional SIM card.

Nothing about eSIMs would appear to justify governmental panic. Physical SIM cards spent decades shrinking from full-sized to mini, micro, and nano cards before the GSM Association approved eSIM, an even smaller, trayless, permanently installed successor. The innovation enabled Apple Watch Series 3 to gain only 0.25mm of thickness despite integrating a complete cellular communications system.

eSIMs benefit from 25 years of technological improvement over the original SIM. Embedded SIMs are carrier-agnostic and rewritable, capable of being activated and managed remotely using over-the-air updates. That means carriers no longer need to send cards to device makers or individual customers, and consumers don’t need to make post-purchase visits to carrier stores; devices can just join an available network after turning on. eSIMs also enable seamless network switching: You can change carriers as needed, including during international travel. Indeed, eSIMs are eventually expected to end international roaming charges. 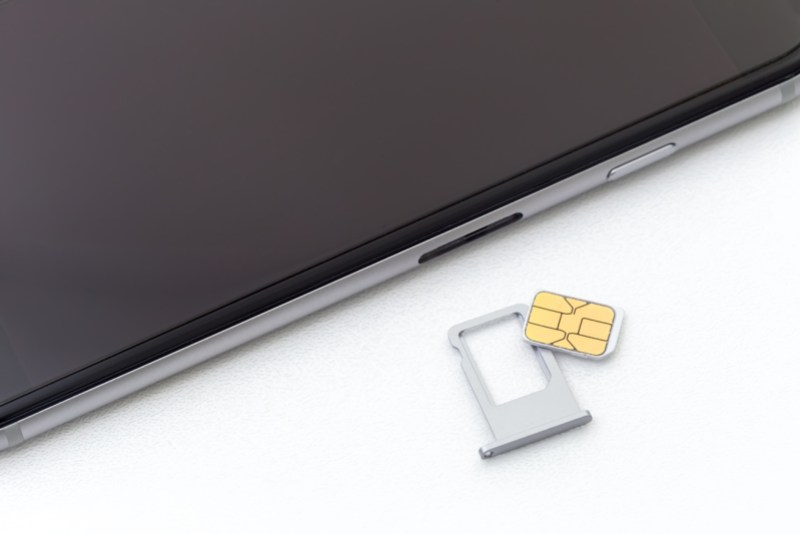 Early opposition to eSIM adoption came from certain carriers — including leading American ones — that wanted to sell devices locked to their networks for years of guaranteed revenue, including brutal roaming charges. This led Apple to introduce eSIMs first in certain cellular iPad Pro models without removing the nano-SIM tray, a dual-SIM solution so stubborn carriers could include their own physical cards if needed.

Apple Watch Series 3 is different: It’s either eSIM or no SIM. (Engineering issues also prevent it from working globally — mainland China and Hong Kong have separate versions from one another, and the mainland China version cannot roam to Hong Kong, Macau, or other countries.) According to reports last October, the government of China cut off cellular service to Apple Watches because the eSIM’s reprogrammability and carrier independence make user tracking more difficult — a security concern for communist China, which requires real-name registration with a carrier before obtaining a SIM card. While semi-autonomous Hong Kong is allowing Apple Watch service now, mainland Chinese carriers have remained in a holding pattern for four months.

Chinese concerns aside, it’s clear that eSIMs represent the future. The GSM Association calls eSIM “the SIM for the next generation of connected devices,” and expects “many further launches in 2018,” including small Internet of Things devices, tablets, wearables, and more. The “more” category is going to be significant: Automotive telematics manufacturers are among the new players that have already announced plans to rely upon eSIMs for previously unconnected products, specifically upcoming 5G-connected cars.

At this stage, the only real opponents to eSIMs are carriers who can’t accept the changes they will bring, and as the Apple Watch Series 3’s continuing launches demonstrate, additional carriers are dropping their opposition with each passing month. That means device manufacturers can comfortably move forward with new eSIM devices. Since cellular Apple Watches and iPads have set the stage for eSIMs, it’s highly likely that 2019 iPhones and 5G smartphones from other manufacturers will be eSIM-only. So get ready — pretty soon, you’ll be able to kiss carrier lock-ins and international roaming fees goodbye.