Smartphones have hit something of a wall in recent years, from an innovation standpoint, with changes to the underlying technology becoming increasingly iterative. But a few trends show signs of having a more significant impact on the user experience.

Last year ushered in a swathe of smartphones with in-screen fingerprint readers designed to make unlocking the device just a little bit easier. Though things kicked off slowly, Chinese smartphone company Vivo was among the first to launch a device with in-screen fingerprint smarts, while Xiaomi joined in with the mid-range Mi 8, followed by Huawei with the super-premium Porsche Mate RS. By the end of the year, the feature was fairly commonplace in many new flagships, including one from OnePlus and another from Huawei.

This is one feature that will continue into 2019 and beyond.

Notch for the faint-hearted

But one of the major trends to hit the mobile phone world over the past 18 months has been the much-maligned “notch.” Launched in November, 2017, Apple’s iPhone X wasn’t the first to embrace the little cut-out bezel design, but it certainly popularized it — and many Android flagships continued the trend in the months that followed. 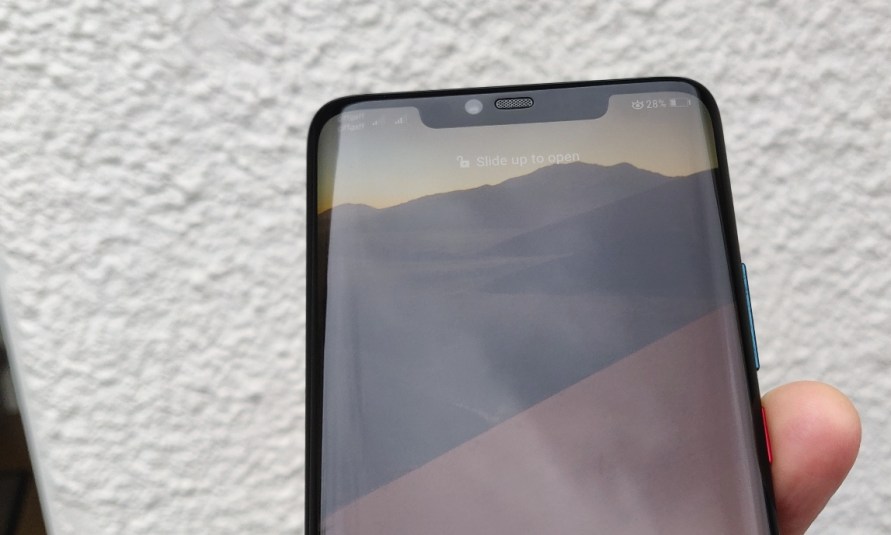 A number of companies, including Apple, have touted their “all-display” devices — even though they quite clearly have a gigantic bezel cutout at the top. While not everyone hates the notch, few will admit to actively liking it. The notch has been the subject of ridicule in many circles, with one VentureBeat writer calling it a temporary “hack” awaiting a permanent solution.

So why the notch? Put simply, it allows manufacturers to offer marginally more screen real estate, with the notification bar bumped up a notch, so to speak, while keeping the selfie camera and various sensors where they are. But the encroaching notch means users can only see a measly few notifications, forcing them to constantly swipe down to see if any hidden alerts need to be addressed — you can’t see at a glance whether the alarm is set, for example, or if you’ve been @-mentioned on Twitter.

And, in truth, the notches are kind of hideous.

It’s worth pointing out that not all notches are created equal, with some consuming around half of the top horizontal portion of the device — like the one on the Huawei Mate 20 Pro (above) — and others opting for a more discreet “teardrop” style design, like you see on the OnePlus 6T, which is definitely an improvement. 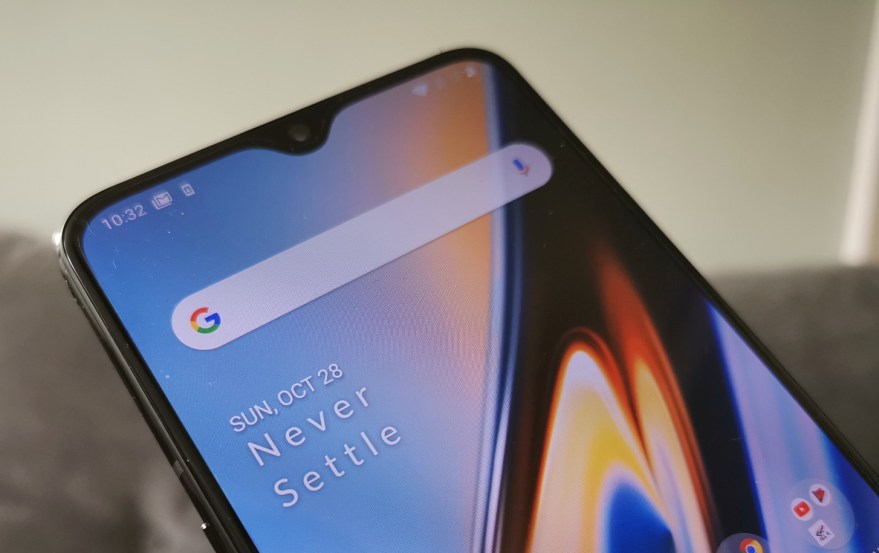 So the issue facing smartphone companies is this: How can they maximize screen real estate without shoehorning a ghastly cutout into the device?

Some of the solutions have been interesting. Last year, Vivo launched its Nex flagship, which moved the camera into a separate slider that sits inside the casing. This creates extra friction when taking a photo, however, and moving parts such as this are prone to breaking. 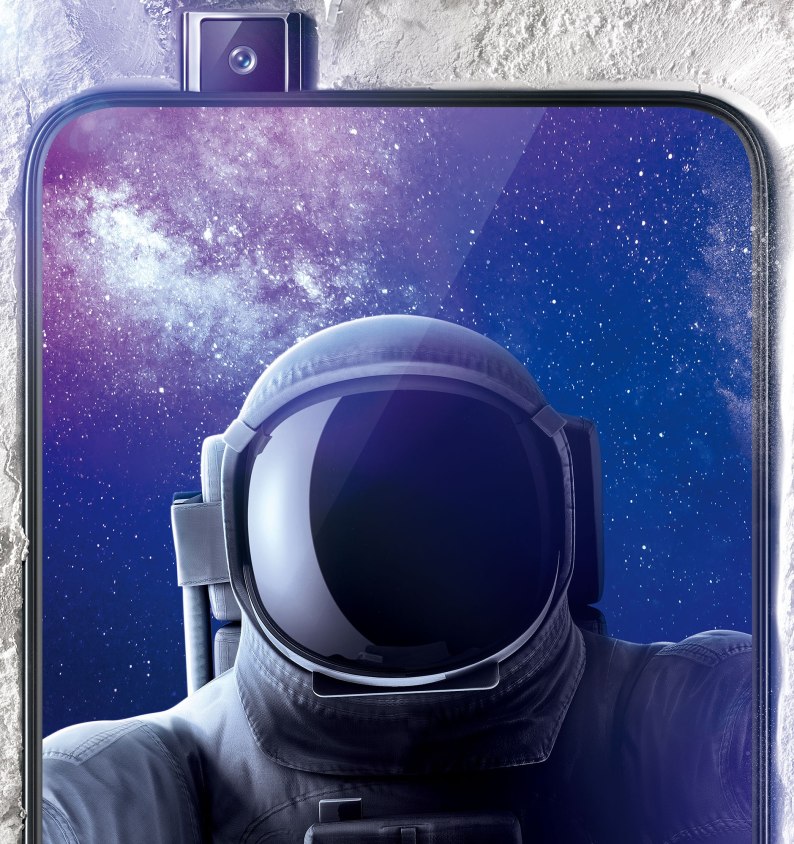 All this leads us to one other trend that is starting to take off, and which we’ll see much more of in the coming year.

Some call it a “pinhole,” others a “punch hole,” while companies themselves are simply pitching it as an in-screen camera.

Early December heralded something of a battle among smartphone companies to be the first to debut a phone with no top bezel, no notch, and a camera. Huawei, which enjoyed a bumper 2018, unveiled the Honor View20 and launched it in China later in the month. The device is expected to arrive for a global audience following a launch event being held in Paris later this month, and in the buildup to the event VentureBeat grabbed a little hands-on time with one of the units.

Based on our brief time with the phone, we can say that this design is the closest thing we have to a “permanent” solution to the dreaded notch. 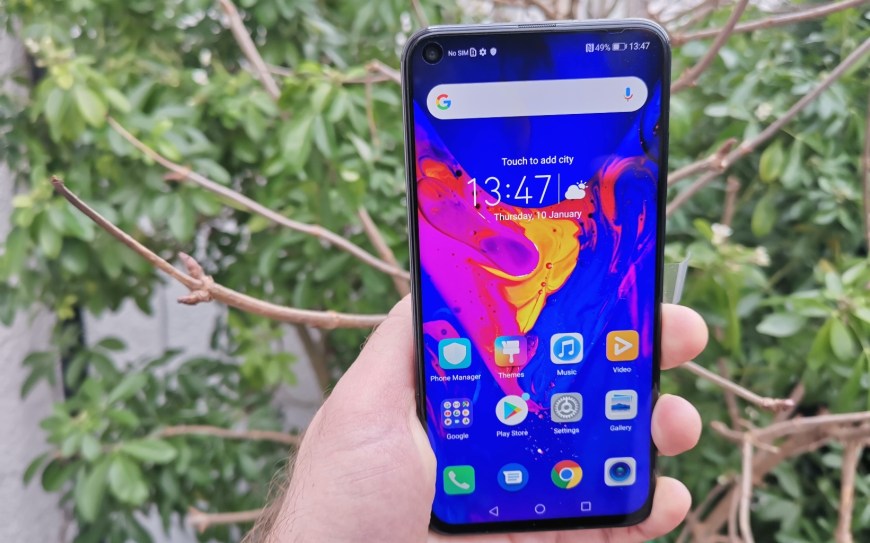 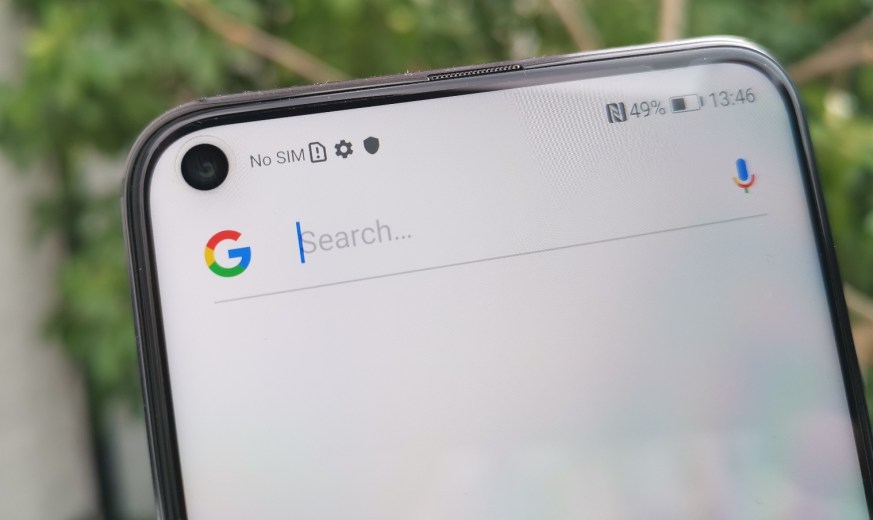 … and it allows you to go full-screen on a video without a gargantuan cutout getting in the way. 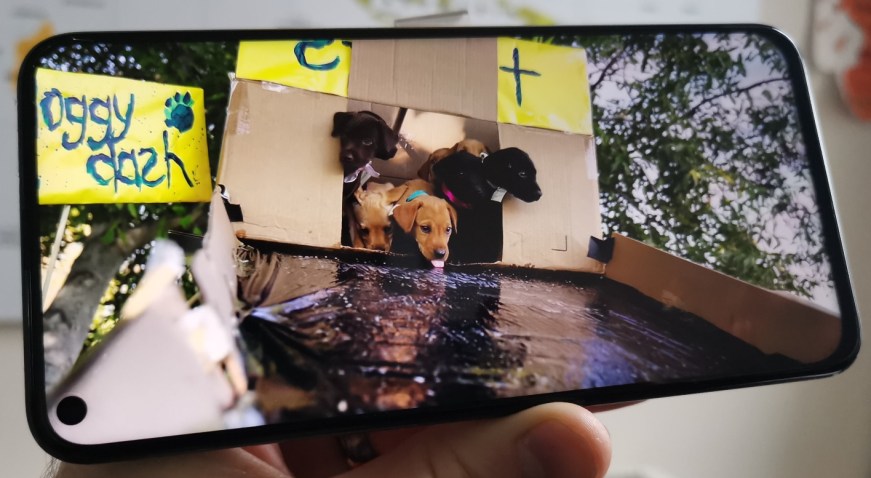 It’s too early to judge the phone on its other credentials, but VentureBeat will be sure to post a more in-depth review of the Honor View20 in the coming weeks. At that time, we’ll explore its camera capabilities — it has a 25Mp front-shooter, 48Mp rear-shooter, and a host of software features that should go some way toward placing Honor on a similar pedestal to that of its Huawei brethren.

The very day Honor debuted the View20 last month, Samsung unveiled the Galaxy A8S with a similar display built on its previously announced “Infinity O” design — so we can expect to see this in other Samsung phones in the future. Elsewhere, Huawei also debuted the Nova 4 in China, again with a similar screen-embedded camera lens.

Such upgrades are still relatively incremental on the grand scheme of things. The next truly transformative changes to hit the mobile phone sphere will more likely be the foldable phone form factor, which Samsung has been teasing, while 5G connectivity is also nearing prime time.

From our brief time with the Honor View20, however, it’s clear that the in-screen camera will be a welcome design trend we’ll see a lot more of in 2019 — and this one is more than a hack.