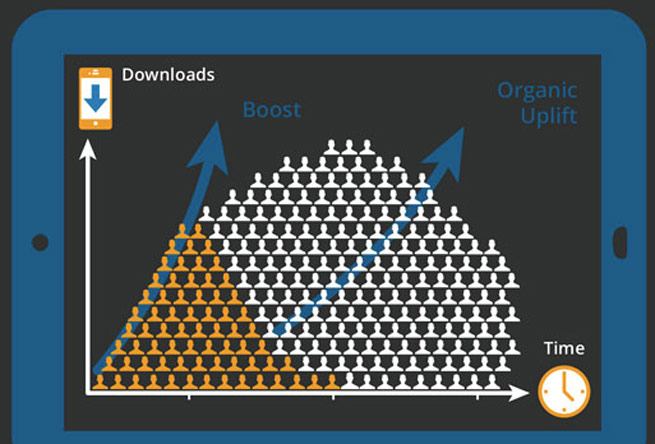 Can you buy your way to the top of the app store? In a word, yes.

Apple may have killed AppGratis for being too good at driving installs, but the “boost effect” of big marketing campaigns, in-app promotions in popular apps, and other somewhat less savory means of driving big download numbers is still very much alive and kicking.

To get top 10 in the U.S., you need 80,000 downloads, mostly in the previous 24 hours. Once you’re there, of course, Apple’s own “app discovery” effect kicks in as users see you featured on the front page of the app store … and you tend to stay there.

Mobile app marketing company TradeMob — the largest app marketing platform in the world — says it works with 80 different app discovery partners. Most of them say that AppGratis just became too big for its britches (or Apple’s) and was culled simply for that reason. And most of them are still providing free or discounted apps, with 60 percent of them feeling “perfectly safe” that their app will not be deleted.

So based on 72 “boost” campaigns, TradeMob calculated the number of downloads required to hit the top 10 lists for some of the key iPhone markets … and the cost required to make that happen.

It turns out that those 80,000 downloads cost you $96,000 in the U.S. for a non-game app — an average price of $1.20 per download. That’s actually cheaper than it would be if you had to buy them all, due to “organic uplift” that helps you generate more downloads as people start using your app, and tweeting, sharing, and talking about your app.

While non-game apps have a 65 percent uplift, game apps get a full 100 percent organic boost, according to TradeMob. That means that for every game app you pay, incentivize, or advertise to get a download, another one happens “for free.” So those 80,000 installs cost you only an average price of $0.70, for a total of $56,000.

Other countries are cheaper, of course.