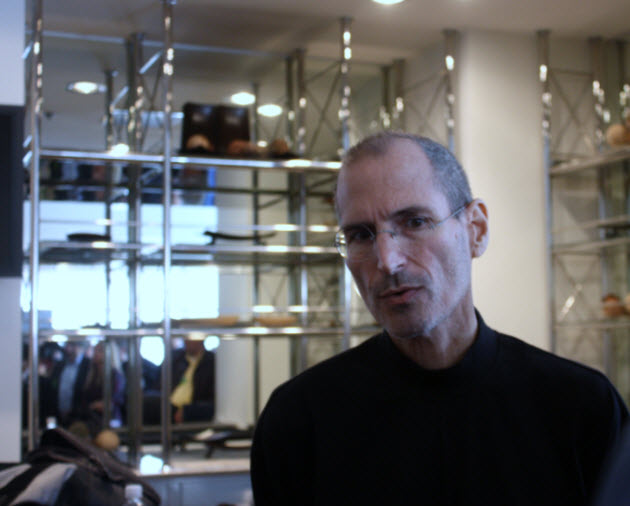 Not many companies get a second chance. In that respect, Apple has led a charmed life. The company led the first boom in personal computers but fell behind the PC juggernaut as Microsoft, the PC clone makers, and a broad array of PC industry supporters soared past Apple, leaving it with about 2 percent of the personal computer market.

Steve Jobs was booted from the company and he came back. He shut down Apple’s clone-licensing program and shifted into the mobile device market with the iPod. That device disrupted the music player market and ushered in the era of cheap content with 99 cent songs. The iPhone extended that disruption into the smartphone market. With apps leading the charge, Apple has grabbed a huge share of the smartphone market.

If Apple hangs onto this market share, it could become the world’s biggest tech company. As Eric Schmidt, chief executive of Google, recently said, computing is now shifting to the phone. We will become a mobile first society as desktop computers and laptops are marginalized by emergence of powerful super phones. Apple has already surpassed the market capitalization of Microsoft in May and in September quarter it passed up Microsoft’s revenues for the first time in 15 years.

On a worldwide basis, Apple has just 4.1 percent of the mobile phone market, up from 2.5 percent a year ago, according to market researcher IDC. Nokia still ships about eight times more phones than Apple does.

But in smartphones, the story is different. Apple has managed to pass up Research in Motion, the maker of the BlackBerry, in terms of smartphones sold per quarter. If Apple hangs on to a larger market share of smartphones — which are poised to become the world’s biggest tech product — then it could become the giant of technology.

Android has emerged to challenge Apple. Through broad and open licensing, Google hopes to overtake Apple and marginalize it the same way that happened in PCs.

Jobs is in a mad scramble to make sure that doesn’t happen, launching its phones in new territories as fast as it can. In that respect, getting off the ground in China, where Android had a lead, was very important to Apple. The company is opening Apple stores everywhere in hopes of marketing its brand as a lifestyle experience. It is using its profits and considerable cash to advertise around the world.

Apple has already proven that it can go vertical — or make more of layers of its products than others do — and succeed. It makes its own operating systems, its own hardware, its own microprocessor chips, and sells devices in its own stores. That allows it to capture more margin and take back revenues that were once considered lost to partners such as Intel or Best Buy.

At the same time, Apple leverages the work of companies such as microprocessor architecture licensor ARM, contract chip manufacturer Taiwan Semiconductor Manufacturing, and hardware assembler Foxconn. Those partners help give Apple the manufacturing and design scale it needs. Apple might even try to cut carriers out of the equation with a move to SIM cards in Europe.

Google hopes to isolate Apple with the openness argument. But the way to beat Apple is to match it on the experience and design of outstanding products and then to bring down the price through high-volume efficiencies. That’s how the tablet makers, phone makers, and PC makers hope to take away Apple’s momentum. At some point, Apple will have to decide whether it wants to become more open and to play in the lowest cost markets.

To get to the top and stay there, Apple will have to figure out some tough competitive problems. It will have to try to beat Nokia in the rest of the world in low-cost cell phones. It will likely have to figure out how to challenge HP and IBM in enterprise markets. It has only begun to crack those markets with its mobile devices. But it probably will also need a stronger resurgence of the Mac as a platform in order to make headway. It also needs Apple TV to succeed in a big way and use that success to lever its way into the video game console business (where Apple’s 99 cent apps could again prove disruptive).

Perhaps these challenges are too big and it’s just a fantasy. But to even consider this possibility — that Apple could become the biggest tech company — is a victory in itself. Just a few years ago, it would have seemed ridiculous. Only Apple’s own potential missteps and a broad alliance of enemies can stop Apple.

What’s your own opinion? Please leave a comment and vote in our poll below.