To kick off the launch of its new high-end Maxwell graphics chip, Nvidia used 3D imagery to debunk the moon-landing conspiracy. The graphics chip maker’s researchers did that by reconstructing the moon landing using a “globally illuminated” 3D model of the lunar lander, the moon’s surface, and the astronauts.

That means the company used realistic lighting from true light sources to create the visual effects and shadows in its 3D landscape. The computer model employed separate 3D voxel grid structures that stored direct and indirect scene lighting that was used for the global illumination calculations. Such calculations take into account how light shines from direct sources and then bounces around off indirect sources.

The conspiracy theorists have long argued that the 1969 black-and-white image of astronaut Buzz Aldrin descending the ladder — a picture taken by astronaut Neil Armstrong — wasn’t possible because Aldrin should have been in the shadow of the lander.

But Nvidia’s researchers say the shadow argument can be countered by showing how indirect illumination from the moon’s surface lit the back of the lander and Aldrin. A high amount of reflected light bounces off the crystalline silt of the moon, and that was why Aldrin was so lit up. Nvidia used voxels to store scene-lighting information along with a technique called cone tracing to gather indirect illumination. Then, it created a highly accurate 3D model to establish the proof.

The other argument used by the conspiracy theorists addressed how there is no atmosphere on the moon. If so, they argued, why can’t you see the stars in the black sky behind the lander? Well, you could see them, but Armstrong set up the camera with a specific exposure setting. The camera had to be set at a low f-stop so that the sun would not wipe out the entire image. Again, using voxels and adjusting the f-stop in the simulation made the stars came out, but if you looked at the sun, the image was flooded. The dynamic range of luminosity was too great. 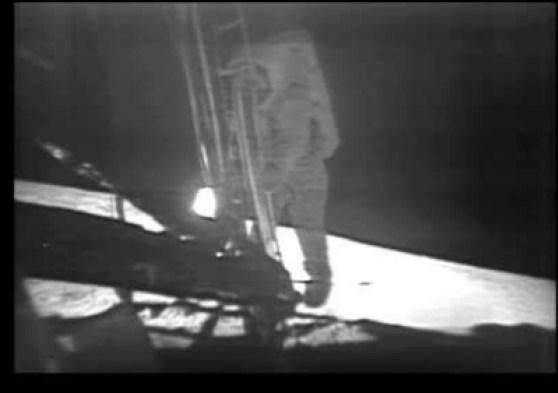 Above: The suspected light source is just to the left of the ladder by Aldrin’s hand.

Upon closer examination, it was revealed that that light source was the sun reflecting off Armstrong’s faceplate. Because of the lack of atmosphere, it was really bright; look at the moon’s surface in the background. 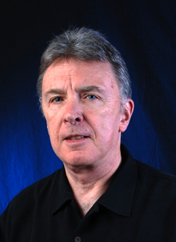 And to make the final point about how accurately the 3D model using voxel illumination was, Nvidia showed the real photograph of Aldrin descending the ladder, and it was identical.

Voxel-based lighting runs on the new Maxwell GM204 graphics processing unit (GPU), which has been renamed the Nvidia GeForce GTX 980. Using computer graphics for forensic examination and proof isn’t something just done in TV crime shows. It’s a real science and everyday business, which will be made easier and more affordable through the use of global illumination and voxels on consumer PCs.

Jon Peddie is a graphics expert and head of Jon Peddie Research, which is holding its Virtualize conference on Oct. 30.