Nearly 20 percent of people in the U.S have a disability, according to U.S. Census Bureau data, with more than half of those reporting a “severe” disability. That figure is roughly consistent with other countries — in the U.K., for example, 13.3 million people are registered as disabled, which translates to roughly 20 percent of the population.

Against that backdrop, technology companies are pushing to make their services more accessible to those with various disabilities and impairments.

Yesterday, Airbnb announced an update to its peer-to-peer property rental platform, introducing 21 new accessibility filters to make it easier for those with disabilities to find accommodation based on specific search criteria. Before, travelers could search for “wheelchair accessible” listings, but now they can narrow results down by many more factors, including whether disabled parking is available and whether each room has step-free access or there is a roll-in shower with chair.

“With these new filters, we are making it easier for everyone to share their adapted homes with travelers with disabilities around the world,” noted Airbnb accessibility product and program manager Srin Madipalli.

This news comes several months after Airbnb acquired London-based startup Accomable, a platform for surfacing accommodation that has accessibility at its core.

Also yesterday, Google revealed it was adding “wheelchair accessible” routes to transit navigation in Google Maps. When you activate this feature in settings, Maps will alter its recommended routes based on how accessible a station is, for example. Above: “Wheelchair accessible” in Google Maps

This feature is only available in New York, London, Tokyo, Mexico City, Boston, and Sydney for now, but it will be landing in more cities in the future.

Accessibility in lodging and transportation is part of a broader push across the technology spectrum, as a number of tech companies have made efforts to be more inclusive of those with disabilities.

Yesterday, we reported that Qualcomm is to offer Tobii’s eye-tracking smarts in Snapdragon 845 VR headsets. Tobii, for the uninitiated, is a Swedish company that’s targeting all manner of industries with crazily accurate eye-tracking technology that can be used in many scenarios — to improve safety in manufacturing, as just one example. IT is already being built into some laptops for “more intuitive navigation for everyday productivity,” as the company’s promotional lingo puts it. 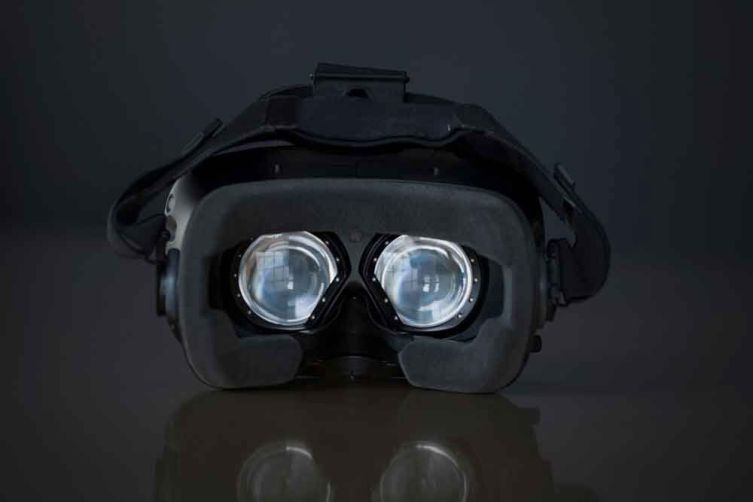 Above: A Tobii eye-tracking headset

Gaming remains a core facet of Tobii’s proposition, and it sells a PC peripheral that uses a range of cameras and infrared lights to determine exactly where you’re looking on a screen. More than 100 games now support Tobii’s technology, including major titles such as Ubisoft’s Assassin’s Creed: Origins.

This technology could make many more games accessible to those with disabilities, as it circumvents total reliance on traditional controller hardware.

SpecialEffect is a U.K.-based charity that helps people with disabilities play games, and last year it raised more than $1 million in donations for its cause. In an interview with GamesBeat in December, SpecialEffect project manager Bill Donegan said that Tobii’s eye-tracking tech holds great potential for helping people with disabilities participate more actively in gaming.

“Whilst this hasn’t had a direct impact on our work helping people with disabilities to access games yet, as the lower cost mainstream Tobii eye-trackers become more widely available, this will hopefully have a positive knock-on effect in terms of people with disabilities being able to use them for an increasingly wide range of gaze-accessible games too,” said Donegan. “Double Fine is an example of a mainstream company that has made a game (Day of the Tentacle) fully accessible to people who use a wide range of gaze trackers.”

Developers are already working on making VR experiences more accessible, so having Tobii’s eye-tracking functionality built into myriad VR headsets could be a game-changer for many with disabilities.

While we are seeing some exciting advances in terms of what’s now possible, tech companies have been catering to those with disabilities for a while. Uber offers UberAccess to help riders find wheelchair accessible vehicles, while Amazon has long targeted visually impaired Kindle users, for example. Netflix too has a voice narration feature that describes what’s happening in a given scene. Elsewhere, Google recently expanded G Suite Braille support to Sheets, enabling those with a Braille display to read and edit the content of Sheets and to navigate between cells.

These are all great advances, and the companies in question usually use grandiose, altruistic terminology to explain their new features. “We’re making progress toward a more accessible world for everyone,” Google said of its new wheelchair accessible route options in Google Maps. “Our mission is to enable anyone to belong anywhere, regardless of disability,” said Airbnb of its new accessibility features.

This is all to be commended, of course. But let’s not forget that those with disabilities represent a market, and a substantial one at that. “If people with disabilities were a formally recognized minority group, at 19 percent of the population, they would be the largest minority group in the United States,” according to a report the Institute on Disability published in 2011.

As tech companies compete for market share and mindshare, we will continue to see accessibility improvements to online services and platforms. And that can only be a good thing, regardless of the underlying motivations.