This is how you know you’re not at an Apple conference. At Google I/O today, Google’s holding a session on voiding your Google Glass warranty.

Voiding your warranty, apparently, is as simple as running five short commands. To run those, however, you need a higher-resolution way of communicating with your Google Glass device than the touch-sensitive screen on your specs.

“Fortunately, this is an Android device, and like most Android devices, it has a Bluetooth chip,” Google engineer P.Y. Laligand said today at the chat on hacking Glass. 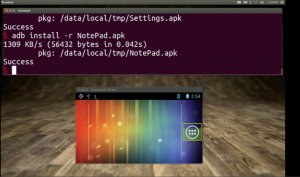 Above: Glass is just Android, underneath.

So he simply turned on Bluetooth, paired an external keyboard, opened up a terminal window, and typed five commands in ADB, or Android Debug Bridge:

These are not steps to be taken lightly, according to Google engineer Hyunyoung Song.

“Even though there are recovery methods, there is a chance that you could get stuck in a state from which it’s not easy for your device to be recovered,” she said. “And Google will not support you.”

Google Glass owners who have taken the lives of their $1,500 Google Glass Explorer Edition devices in their hands and bravely gone where few dare, however, have done some exceptionally cool things. One has installed standard Ubuntu Linux on Glass and now programs on Glass using Emacs, a text editor. Another has created an avatar that mimics your head motion, bobbing around just as you do while talking and gesturing. 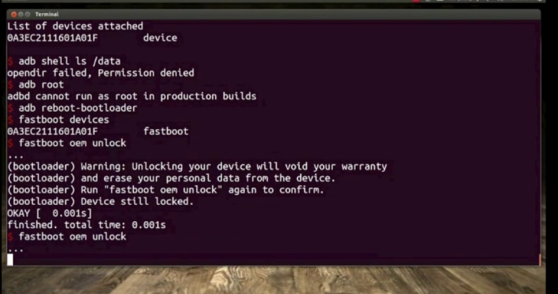 And Google — while not supporting you if you brick your device — encourages developers to play around in root mode, hacking new apps and experiences which can be then brought into the Google Glass ecosystem.

“Now you’re in root mode,” Song said. “Play around and go nuts with whatever you want to do.”

For the faint of heart, there will be a safety net at some point. Google will be releasing the standard Glass system images, which can be used to recover bricked devices.