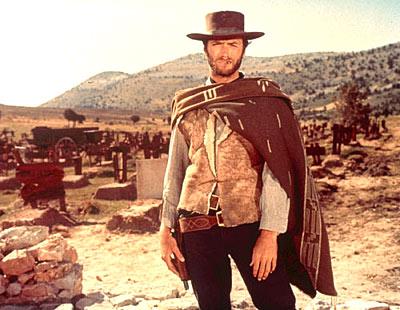 Verizon is definitely getting the iPhone next year, according to a Fortune profile of the company and its chief executive Ivan Seidenberg.

But perhaps more interesting than the apparent confirmation that the Verizon iPhone is real — both the Wall Street Journal and the New York Times said as much earlier this month, we’re still awaiting a statement from Apple and Verizon — is the story of how Verizon landed the coveted apple device. Ultimately, Verizon’s acquisition of the iPhone, as well as the carrier’s overall success, can all be boiled down to Seidenberg’s shrewd business tactics.

Like Clint Eastwood’s Man With No Name, Seidenberg is described by Fortune contributor Sarah Ellison as someone who knows how to negotiate to get what he wants — which, in general, has been extremely beneficial to Verizon. His visits to Google (notably on his own, and without any sort of entourage) led to Verizon becoming the premiere carrier for Android devices. And even though the two companies initially had very different ideas about network neutrality, Verizon eventually got its way this summer when the companies unveiled their plan for an open internet.

It’s been widely reported that Apple first approached Verizon to be the lead network for the iPhone, but Verizon couldn’t deal with Apple’s control-freak tendencies. Seidenberg revealed that the big reason Apple didn’t choose Verizon was because it had concerns about the carriers CDMA network, which isn’t as widely supported globally as Apple’s GSM network.

After their failed initial talks, Seidenberg was the one to re-establish contact with Apple a month before the launch of the iPhone. When he learned that Apple was worried about its CDMA network, he met with CEO Steve Jobs to assure him that Verizon was quickly building its next-generation 4G network, and that it had the best 3G network in the country. Seidenberg recounted to Fortune that Jobs “listened politely”, and said he would be in touch.

Fast-forward to December 2007 — after the launch of the iPhone in June, and all of AT&T’s reported network issues that came with it. Verizon Wireless CEO Lowell McAdam followed up on Seidenberg’s initial contact with Jobs and told him, “We really ought to talk about how we do business together. We weren’t able to [reach an agreement] a couple of years before, but it’s probably worth having another discussion to make sure we’re not missing something.” According to McAdam, Jobs replied, “Yeah, you’re probably right. We have missed something.”

Those talks directly led to Verizon selling Apple’s iPad this month in its stores and paved the way for the Verizon iPhone next year. The carrier’s first iPhone entry will be restricted to its CDMA network, according to Fortune, but it may carry some of the features seen on Verizon’s iPad, like live TV for FiOS customers.

Neither Seidenberg or McAdam (who will take over as CEO when Seidenberg retires next year) would comment specifically on the iPhone coming to Verizon. But both executives seemed confident that their network would be able to handle the load of a new wave of customers. We’ve previously reported on how Verizon’s influx of data-hungry Android smartphones helped prepare its network for an iPhone next year.