Fifth-generation (5G) cellular technology is widely expected to be one of the next decade’s two most important and transformative innovations (alongside AI), and thanks to near-simultaneous network and phone launches in two key countries, this was 5G’s biggest week yet. After years of developing infrastructure and devices, there were finally multiple photo-finish winners in the global “race to 5G,” and only one possible loser: Apple.

I don’t say that lightly. Apple is unique in being the only major smartphone maker without any stated 5G strategy — no products coming this year, and no confirmed products coming next year. International rival Samsung self-developed and released its first 5G phone. Growing Chinese competitor Huawei self-developed and announced its own 5G device, while numerous other companies are using Qualcomm chips in devices that are coming to market soon, or already out, like the Moto Z3 with 5G Moto Mod.

Unlike some technology writers, I don’t believe that a company needs to be first to market to succeed with a new product, or that it will necessarily fail if it misses some arbitrary date for release. Apple’s the poster child for this: The original iPhone wasn’t the first smartphone, the iPhone 3G wasn’t the first 3G phone, and the iPhone 5 wasn’t the first 4G phone. Despite missing every G’s launch, Apple’s phones succeeded in making it (at least temporarily) the world’s top smartphone maker and largest company. So no matter when the first 5G iPhone comes out, Apple’s going to be OK.

But at a time when iPhone sales have peaked, Apple should be doing better than OK; it needs to be plotting an upward trajectory for the iPhone. Instead, as I noted in a February 2018 article for VentureBeat, Apple painted itself into a corner with key 5G suppliers, fighting with leading chipmaker Qualcomm, maintaining a frosty relationship with frenemy Samsung, and seemingly betting everything on slower-moving Intel — all while lacking the capacity to build its own 5G modem. My belief back then, many months before Intel effectively canceled its first-generation 5G modem, was that Apple’s best option was to settle with Qualcomm, but that it would likely wait on Intel and/or sit out the first wave of 5G devices.

Since then, Apple has been silent on 5G, even though the new cellular standard has been top of mind for all of its competitors and partners. I believe Apple isn’t saying anything because it still doesn’t have a guaranteed path to a 5G device, and prefers not to acknowledge the new technology’s impending importance to iPhones, its biggest revenue generators, and iPhone users.

Today, every other smartphone maker is openly readying 5G products, while Apple appears to be stuck. Its legal battles with Qualcomm have only gotten worse, Samsung is just beginning to make enough 5G chips for its own phones, and Intel is still plugging away at its XMM 8160 modem, while (seemingly) denying a report that it will miss its 2020 target. Meanwhile, Apple has only recently started staffing up to develop its own 5G modem — apparently by hiring people away from Qualcomm and Intel — and considering fallback options from Samsung and smaller chipmaker MediaTek if everything else falls apart.

At this stage, Apple has limited remaining options to avoid being unfashionably late to the 5G party. First, it could settle with Qualcomm and get chips from the clear industry leader — an outcome Qualcomm executives have repeatedly welcomed, as recently as yesterday. Second, it could keep its fingers crossed that Intel, Samsung, or someone else is able to supply it with a “good enough” 5G option for a potentially late launch next year. If Intel is meeting its targets and can pull this off, great, but if not, it may be time to look elsewhere.

Or Apple could try to downplay the importance of 5G, a step I really hope it doesn’t take. Years ago, Apple went through the embarrassing exercise of trying to convince people that iPhone screens didn’t need to be bigger because hands and fingers supposedly couldn’t handle them. It stubbornly stuck to small screens, marketed its devices as right-sized, then — after moving up to larger screens — developed “Reachability” software to slide part of the screen’s contents downward. Less than five years later, everyone must have developed bigger hands, because Apple no longer sells iPhones with the smaller screen sizes; its latest phones have the biggest screens yet, and 2020 models will reportedly be larger still. 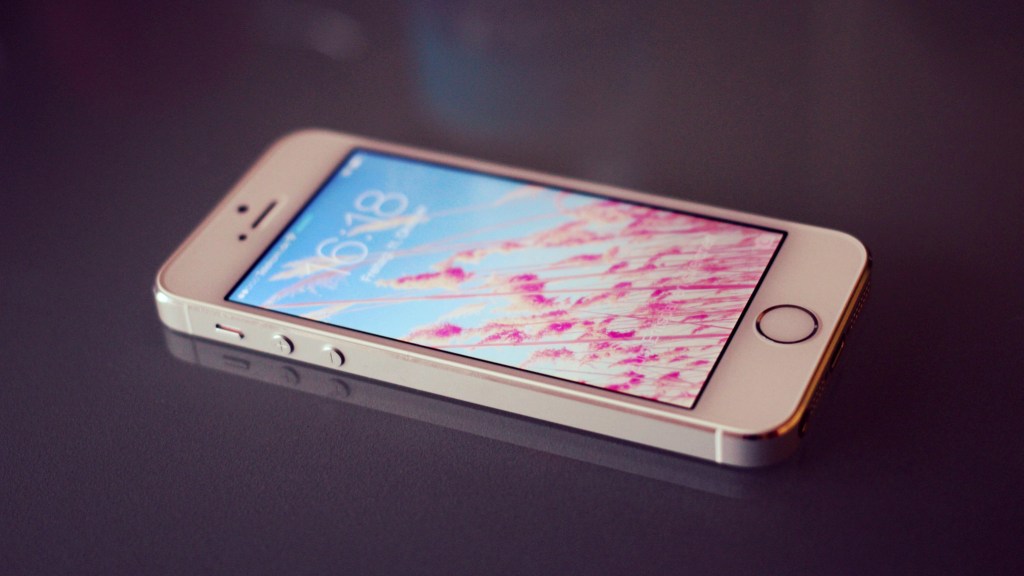 Above: Remember when Apple said the iPhone 5 was as big as a person could use one-handed?

With the 5G era just beginning, it would be easy but disingenuous for Apple to blame its slow adoption of 5G technology on the nascent state of next-generation networks. As of today, multiple U.S. and Asian carriers are operating commercial, standards-compliant 5G networks with actual 5G smartphones. Yes, the phones are early, as are the networks, but multiple U.S. carriers are promising national coverage by next year, and virtually every major carrier worldwide is in the process of bringing 5G online. It may be simpler to offer “nationwide” coverage for South Korea than statewide coverage for similarly-sized South Carolina, but both will have substantial 5G in the foreseeable future.

Similarly, Apple could suggest that 5G isn’t important yet. To buy that excuse, you’d have to discount the dramatically higher “typical” speeds, lower latency, and groundbreaking cellular applications (including 5G-powered VR and games) that some carriers are already offering to early adopters. Moreover, it would be hypocritical: Apple didn’t wait for video calling, 64-bit mobile chips, or depth-sensing facial cameras to become ubiquitous before adopting them for iPhones — it showed up early and lit the path for others to follow.

Everyone from major companies and technologists to government officials and early adopters agrees that 5G won’t just be important — it’s about to be society- and world-changing. Faster devices are only part of the story; 5G is about radically expanding the variety of connected devices, and what each device will be able to do once connected. One way or another, most if not all of Apple’s cellular devices will be 5G-capable within three years, and it may well be selling more than cellular phones, tablets, and watches by then.

My belief is that a leading smartphone maker shouldn’t be sitting on the sidelines of this critically important new technology, or doing anything to downplay it — something that will seem as silly in five years as downplaying bigger smartphone screens does today. So it’s time for Apple to make the decisions necessary to guarantee that iPhone users don’t have to wait past next year for 5G, because now that live 5G networks and devices are available, it won’t be too long until competing options begin to siphon off its most tech-savvy customers.