Leave to HP chief executive Meg Whitman to give it to you straight on HP’s PC design failures.

“I don’t think we kept up on innovation,” she said in an interview with the Wall Street Journal. “The whole market has moved to something that is more beautiful.”

Whitman was, of course, referring to devices like the MacBook, whose simple design has helped Apple steal away lots of PC buyers from the likes of HP and Dell.

To strike back, HP has a simple strategy: Create computers that are not only well-designed, but also distinctly its own.

To do so, however, HP is going to have to avoid creating more devices like the Spectre One, an all-in-one PC that’s been highly criticized for looking a bit too much like Apple’s iMac.

Either way, regaining its footing in the PC market is a key move for the struggling company, which is under pressure on multiple fronts. Not only is the company losing ground with the dawn of the “post-PC era”, but it’s also taking a beating from Chinese rival Lenovo, which is drawing ever closer to taking HP’s top PC vendor crown.

And both of those things are bad for HP’s bottom line. PCs are the company’s biggest money-maker, representing about 30 percent of its revenue. So it’s not a surprise to see Whitman and her company taking things so seriously.

Whitman herself has been a busy woman in recent days, having last week given Fox Business News the scoop on HP’s smartphone plans. “We did take a detour into smartphones, and we’ve got to get it right this time,” she said. The company’s smartphone strategy, however, has yet to be determined. 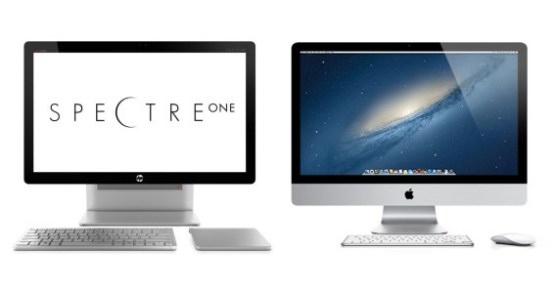