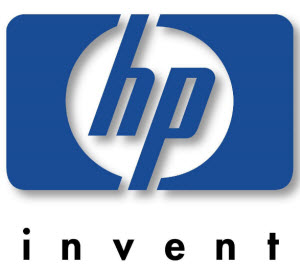 Hewlett-Packard‘s purchase of Palm will likely transform the mobile-computing industry, much like HP’s 2001 merger with Compaq Computer changed the world of computing.

The deal shows that HP is serious about becoming a player in smartphones, validating a space that has been pioneered by Apple and others. While the entrenched players have done a fine job stoking interest in smart phones, HP is a much larger company that — while it isn’t nearly as cool as Apple — speaks to the masses.

Palm should have no problem, for instance, getting worldwide distribution at retail since HP’s products are sold in well over 100,000 different outlets. It will put Palm’s devices on an equal footing with many of its rivals, including Apple, in a lot of different countries.

It also will have a big impact on the likes of Microsoft, Google, and other players in the mobile ecosystem. HP is a huge manufacturer with clout over suppliers. It will likely have no problem securing cheap components for phones, which will likely lead to lower costs for Palm phones and competitive headaches for rivals who don’t have supply chains as strong as HP.

Microsoft was likely counting on HP to be a big support of Windows Phone 7, the big refresh of Microsoft’s failed Windows Mobile operating system which has been eviscerated by Apple’s iPhone. Dell will likely be a big Microsoft supporter, and HP may do phones around Windows Phone 7 as well. But HP’s attention  will now be split and it will likely make a big investment in Palm’s WebOS operating system. This might drive Microsoft to invest more heavily in its own phone hardware, which so far includes the Kin phones coming later this year for kids.

The deal could take the heat off IBM, Oracle and Dell, as HP will now turn its energy into the mobile consumer market again. In the past couple of years, HP invested heavily in computing services for corporations. Its $13 billion acquisition of EDS drove a lot of big changes in the computer services market and gave the likes of IBM and Dell a hard time.

For Google’s Android operating system, HP-Palm represents a new competitive threat. Before, Android’s supporters were confident because their collective resources dwarfed Apple’s. But HP-Palm will be a new force to contend with. Big supporters of Android — HTC, Motorola, and others — will face stiffer competition in the mobile market. The mobile carriers of the world — some who were reluctant to work with a struggling Palm — might now have the confidence to commission new WebOS phones from HP-Palm.

The addition of Palm brings a disciplined design sensibility to HP. In the past, HP has lagged behind Apple in designing sleek computers. To respond, HP has invested heavily in industrial design and even acquired VoodooPC, a video-game-oriented computer maker, to spruce up its design skills in creating cool computers.

HP stopped making the $10,000 gaming computers that Voodoo was known for (and of which it sold 100 or so a month). But it has made use of the talent it acquired. In some ways, VoodooPC took over HP’s design inspirations. The Envy laptop computer launched last year was a Voodoo-designed response to Apple’s lightweight MacBook Air. Now the Envy brand name has been extended to the HP laptop product line.

The same thing could happen with Palm. If the Palm engineers take over mobile-computing design at HP, then HP will become much more competitive in sleek mobile phone design that appeals to enthusiast customers. And HP will then be able to take cool new mobile technology to the masses, much like it takes Apple’s ideas for high-end consumers and popularizes them to the rest of the mass market.

If HP does this faster than its rivals, we could see an acceleration of the time it takes to get a new phone design into the market and into the hands of everyday users.