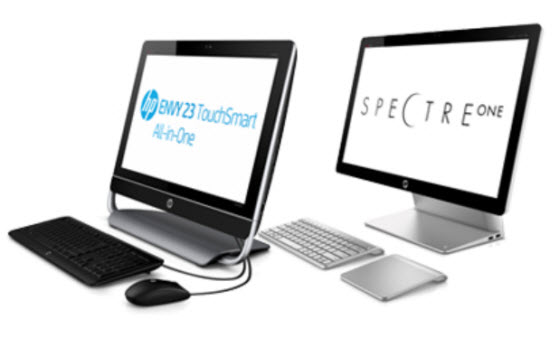 Hewlett-Packard unveiled a bunch of Windows 8 business and consumer PCs today, including tablets, laptops, and desktops. 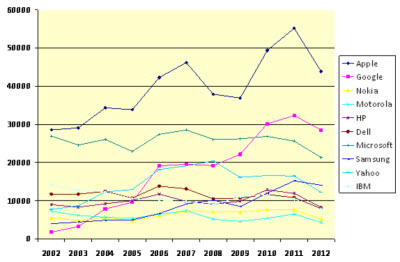 These all have a consistent HP look and feel. HP today announced availability and pricing details for its new lineup of consumer and business PCs that are designed to work with Windows 8. The products come just a day after Apple drew lots of attention for its holiday lineup and a couple of days before Microsoft launches Windows 8 on Friday.

The new HP products use premium materials and a purposeful design philosophy to deliver a distinct HP look and feel.

But HP still has a long way to go toward establishing (or, rather, re-establishing) its brand in the minds of consumers. The chart at the right shows the media attention that major tech brands have received over the past 10 years. Apple continues to hold the most media attention, followed by Google and Microsoft, according to HighBeam Research. HP, on the other hand, is pretty low in the rankings.

HP’s new PCs include a hybrid PC with a detachable screen, a business tablet with HP Smart Jackets that boost its functionality, and a thin all-in-one desktop.