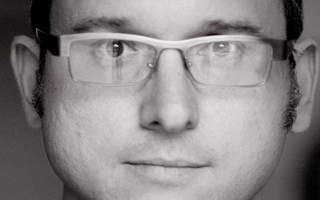 Scott Croyle only just took over as the new design head at mobile device company HTC, but the former vice president of design already has big plans.

In the near future, the smartphone and tablet maker will “concentrate on delivering more content and services into our products, focusing on the user experience,” Croyle said in an interview with VentureBeat. “For example, larger screens for streaming video and enhancing the entertainment experience, and front and rear cameras to take advantage of real-time face chatting with friends and family.”

When HTC chief innovation officer Horace Luke left the company for personal reasons last month, the company’s vice president of design, Croyle, took over Luke’s duties. We asked a Croyle a few pointed questions about whether and how HTC’s remarkable and distinctive mobile products might change.

“Horace led HTC through a transition, creating a culture that puts a major emphasis design,” Croyle told VentureBeat of his predecessor. “That culture continues to thrive today… [HTC CEO] Peter Chou’s attention to detail forces us to keep designing products that give people the opportunity to create their own memorable experiences.

“In this sense, my day-to-day won’t change, given that our ‘consumer first’ focus is core to our DNA.”

Luke was a strong guiding force within the HTC after he joined the company in 2006. During his time there, HTC transitioned from an obscure Asian contract manufacturer to a smartphone brand known for its glossy, elegantly designed handsets. To help meet the company’s burgeoning industrial design needs, HTC acquired One & Co. in 2008. The then ten-year-old San Francisco design firm was owned and operated by Croyle, who worked closely with Luke on some of HTC’s most innovative design work.

In hearing from Croyle, it’s clear that HTC’s design team places a huge emphasis on meeting the needs and desires of consumers. In fact, creating customizable, relevant user experiences for every kind of smartphone user is a key piece of Croyle’s philosophy — and something he thinks other manufacturers and handset designers get wrong.

“We focus on the experiences people have while using our products rather than focusing solely on the technology behind it,” he said. “We observe people in their daily lives to have a pulse on what they expect from their mobile devices, which allows us to design a product that is more personalized and can be tailored to a person’s expectations.

“For example, if someone uses their phone to send email and relies on just two or three applications, their experience with their phone is largely different than a person who uses their phone in more complex ways. We give them features to support that. This consumer-centric approach to design stems from the idea that it should be easy for consumers to get the experience that they want from their devices versus assuming everyone will use a device in the same way.”

In addition to zeroing in on how consumers interact with the software, Croyle is also continuing what he called Luke’s palpable passion for continuity in design — design that permeated every aspect of a product launch. “We both believed that a carefully designed product could come from any place, and we believed deeply in a holistic design approach. For example, the HTC Diamond was the first project where HTC made a foray with this approach [in] packaging, marketing and sales. It was not just hardware- or software-focused.”

Although Croyle stated that design is and will always be a focus at HTC, he also said, “We’re always questioning how we approach design, even if we’re not necessarily making a radical change.” In other words, especially since Luke and Croyle have similar philosophies and inspirations, we can expect incremental shifts in how HTC handsets look and feel; but don’t hold your breath for any seismic activity.

“Inspiration can come from anyone, anywhere,” said Croyle. “Inspiration may come from one of our carrier partners or a designer or from observing consumer behavior with a device. It can also come from the design of everyday goods (Shoes! Chairs!) which is why the collaboration with the One & Co. team has always been so effective for HTC.”

Croyle ended the interview by saying that he and his team are “constantly looking for new sources of inspiration, which is why we encourage designers to identify how consumers are using their phones. The focus on user experience aligns with our idea that one size does not fit all, and people should have choices.”

He gave the recently launched HTC Flyer as an example. The tablet-cum-stylus combo was first sketched out at the company’s Taiwan headquarters. After executives hammered out a product-specific design language, the Flyer project was shipped off to the company’s Seattle-based user experience team. The Seatte team’s goal was to make user experience suggestions based on how consumers interacted with HTC product. “Our goal is twofold,” Croyle concluded, “to provide a product that is deeply and holistically driven by design, and to create an unforgettable user experience.”