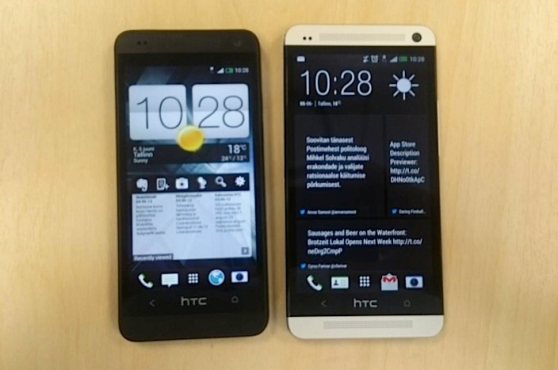 Estonian gadget site forte.delfi.ee has unearthed a smaller, mid-range version of the HTC One phone. Dubbed the HTC One Mini, this more petite device comes with a 4.3-inch display, 2GB of RAM, 16GB of storage and a 4-megapixel camera. (The original HTC One has a 4.7-inch display.)

HTC’s strategy with the HTC One Mini sounds a lot like Samsung’s plan with its recently announced Galaxy S4 Mini: Create a great Android phone and, months later, make a smaller and cheaper version of it. Unsurprisingly, like the smaller HTC One, the more compact Galaxy S4 also has a 4.3-inch screen. So much for “mini”.

The one conceivable problem with this phone is that its arrival could come too soon after the launch of both the original HTC One and the stock Android version of it HTC announced just last week. While HTC certainly needs to boost its smartphone sales, it also has to tread carefully so that it doesn’t kill the sales momentum of the devices it’s already released. We’ll see how this all plays out.