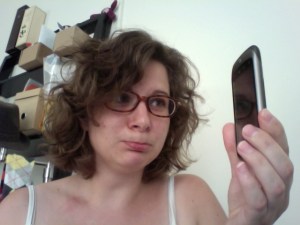 Two new victims have been sucked into the growing CarrierIQ click tracking scandal. Handset manufacturers Samsung and HTC have been named in a class action suit along with CarrierIQ, alleging that the company is in violation of federal wiretapping guidelines for illegally intercepting communications from people’s phones.

The lawsuit was filed in federal court in Chicago yesterday seeking hundreds of millions of dollars in damages on behalf of all U.S. residents who own handsets running the software. Erin Janek owns an HTC phone and is the plaintiff in the suit, which alleges that her data was being surreptitiously monitored when it was not publicly available. The suit further claims that she did not grant authorization to CarrierIQ, or HTC to access her information.

The suit alleges that CarrierIQ and handset makers whose devices run the software are violating the Federal Wiretap Act, a law that prohibits unauthorized interception of “oral, wire or electronic communications.” Law enforcement agencies must have a warrant to intercept phone calls and other forms of digital communications from suspected criminals. The law provides relief of $100 per day for every violation that takes place, should the defendant be found guilty.

The click-tracking flap erupted when a security specialist posted a video (see below) purporting to show that phones running CarrierIQ software were logging the contents of private text messages, and other phone usage without the owner’s knowledge or consent.

Apple says it won’t support CarrierIQ software anymore and is removing it completely from future updates. In a statement released yesterday the company wrote about how the allegations against CarrierIQ diverge from its standard practice: