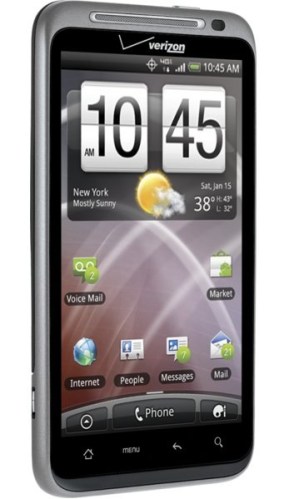 Verizon’s first LTE 4G phone, the Android-powered HTC Thunderbolt, has managed to hold its own against Apple’s iPhone 4 at Verizon Wireless stores — even going so far as to outsell the iPhone in some locations — according to the research firm BTIG.

The news doesn’t come as a huge surprise. The iPhone 4 hit Verizon stores in mid-February, and it was mostly purchased by iPhone-hungry Verizon users. The Thunderbolt, which launched two weeks ago for $250 with a two-year contract, appeals to an entirely different audience — one that wants the latest and greatest hardware, along with access to the fastest mobile network in the US. The real test for 4G Android phones will be how they contend with the iPhone 5 later in the year.

Here’s how BTIG conducted its research:

We called 150 Verizon Wireless stores in 22 major cities in the United States and asked the sales people that answered whether they were selling more Thunderbolts or more iPhones over the past week.  61% of the stores that we contacted said they sold an equal amount of both phones, 11% said they sold more iPhones (principally in the Southeast) and 28% of stores had sold more ThunderBolts.

The firm points out that the Verizon employees didn’t have any exact sales figures and were mostly culling from their own experience. Some Verizon workers also mentioned that lines for the Thunderbolt during its launch day were longer than those for the iPhone 4’s launch (but again, online preorders accounted for most of the iPhone 4’s launch sales).