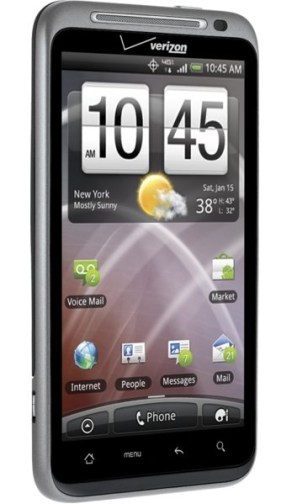 It’s been a long wait for the HTC Thunderbolt, Verizon’s first LTE 4G smartphone. After a delay of almost a month, Verizon has finally made the phone available today for $250 with a two-year contract.

First expected around late February, the Thunderbolt was delayed for weeks without explanation. One reason for the delay could have been trouble with the phone’s battery life, which testers reported at around two to three hours, Engadget reported.

The Thunderbolt is HTC’s Verizon spin on its popular Evo 4G phone on Sprint. This time around, though, it will be packing support for Verizon’s LTE 4G network, instead of Sprint’s WiMax 4G network. It’s somewhat fitting that Verizon’s first 4G phone would resemble the Evo, which was Sprint’s first 4G device.

The phone sports the same 4.3-inch display as the Evo as well as a slightly newer 1 gigahertz Qualcomm processor. It ships with Android 2.2 and, being a flagship HTC device, runs the company’s Sense 2.0 user interface. The Thunderbolt has about 50 percent more RAM than the EVO, 768 megabytes versus 512 megabytes, which should make it a little zippier in day-to-day use. It also sports an 8 megapixel camera with HD video recording capabilities — although I hope it’s a higher quality camera than the Evo’s.

If the phone’s $250 price sounds too high, you can also find it for less at online retailers. Amazon, which currently has the Thunderbolt backordered, was offering it for $180 earlier today. It’s also available for $199 at wireless reseller Wirefly.