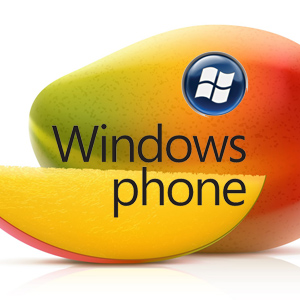 HTC declined to comment for this story, saying it does “not speak to rumors or speculation about unannounced products.”

The report from BGR says HTC will show off the HTC Eternity, a Windows Phone featuring a 3.7-inch display bound for AT&T, and the HTC Omega, a Mango device with a whopping 4.5-inch screen that will be released on T-Mobile.

The Mango push is intended to help the Windows Phone platform catch up to Android and Apple’s iOS, and hopefully attract more consumers. The current crop of Windows Phone devices have not done a good job of helping the OS capture market share, with just 1.7 million devices sold worldwide in the second quarter on 2011.

Alongside Mango, the Windows Phone ecosystem could see a new surge of support this fall because of two major recent events. First, the Google-Motorola deal could entice more Android manufacturers to build for Windows Phone devices because they see Motorola as having priority. Second, HP’s decision last week to stop building hardware for webOS has caused nearly 1,000 webOS developers to look into Windows Phone development.

What do you think of Windows Phone? Do you think it has a bright future?