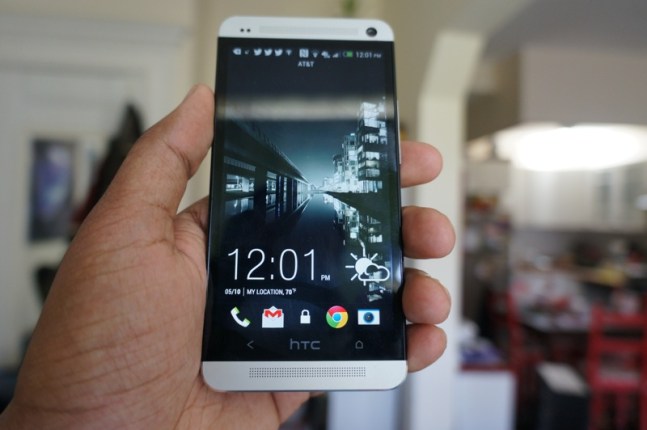 Finally, there’s an Android phone that doesn’t make me miss anything about the iPhone. It’s called the HTC One, and it’s the best Android phone I’ve ever laid hands on.

It might also be the best smartphone I’ve ever used.

That’s saying a lot. Until now, the iPhone 5 embodied everything I wanted in an ideal smartphone: a solid-yet-elegant design, seemingly limitless speed, and a great screen. Android phones have certainly come close, but up until now there’s always been something that inexplicably held them back: the Nexus 4’s lack of LTE, the Galaxy S4’s cheap-feeling plastic case, or Android’s own design immaturity until Android 4.0.

What makes the HTC One so great? Simply put, it’s a phone that never leaves me wanting. It has a great camera, it’s freakishly fast, and its screen is fantastic without needing to be oversized. It also packs in several features I never thought I’d want in a smartphone but that I’ve found myself coming back to quite a bit.

Perhaps most of all, I appreciate HTC’s restraint. Unlike Samsung’s pile-on of features and questionable technology in the Galaxy S4, just about everything in the HTC One feels like a deliberate choice meant to create a better experience. That’s important, as it may just be the company’s last chance to turn its dismal fortune around.

It’s just too bad that most buyers will probably ignore it.

The HTC One is so striking that strangers didn’t hesitate to ask me questions about it. “What is that?,” was a common refrain among New Yorkers as I was testing the phone throughout the city. I could tell they noticed it wasn’t just another Galaxy S or iPhone. It was something completely different — and they just had to know more.

One young couple I talked to, both Android owners, immediately noticed that the HTC One felt more substantial than the Galaxy S phones because of its solid metal case. They also appreciated the clean design of the phone, as well as HTC’s Sense software, which they noted was more tasteful and less intrusive than other Android phones they’ve used. These weren’t gadget geeks either, which made the conversation all the more intriguing.

I’ve tested plenty of phones in New York City, and the HTC One has managed to get me more attention than any other phone from random passersby.

You can chalk up its immediate appeal to that case, which is carved out of a single piece of metal and evokes Apple’s MacBook Air. HTC stacks the phone’s hardware to take full advantage of its limited internal space, which makes for a slightly rounded rear that fits comfortably into your hand. The HTC One feels like an evolved form of last year’s One S, which was one of my favorite Android phones so far. (Since it was only available on T-Mobile in the U.S., most people didn’t even know it existed.) 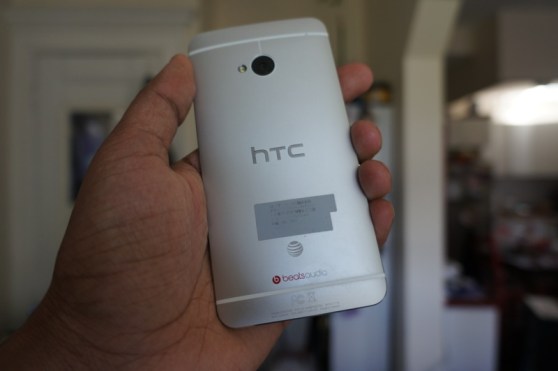 From afar, the HTC One looks similar to the iPhone 5, but up close it’s distinctly different. The One’s 4.7-inch screen commands most of its front, and it’s flanked by noticeable-yet-attractive speaker grills. Its screen is bright and vibrant with a sharp 1080p display. It even looked flawless under direct sunlight while wearing polarized sunglasses.

I initially thought the One’s stereo speakers were a gimmick (who really uses their phone like a boombox?), but I’ve grown to enjoy its ability to project decent audio. It’s particularly great for watching YouTube videos with friends — and it’ll amaze people used to tinny smartphone speakers. The One also includes Beats Audio support, but, as always, its impact on music quality felt negligible aside from making things a bit louder.

Under the hood, the One packs in a quad-core Qualcomm Snapdragon 600 processor running at 1.7 gigahertz, as well as 2 gigabytes of RAM. Those are the same basic specs as Samsung’s Galaxy S4, and you can be sure that most other new Android phones will match it as well. For the most part, that means you can expect similarly fast speeds across most modern Android devices. The big differentiators for smartphones now are build quality, style, and features — all of which the One excels at.

It’s been a while since I’ve been unable to keep my hands off of a piece of tech, but the One’s combination of confident style, speed, and useful features has made it my go-to gadget over the last few weeks (beating out the iPhone 5 and iPad Mini).