Images purporting to be of Huawei’s next major flagship, the Huawei P9, have leaked, courtesy of a popular Weibo user (via MyDrivers.com). When asked whether the images represented the upcoming handset, a person who has seen the device gave a qualified affirmation.

Most striking about the renders, which feature heavy doses of Huawei design language, is the two-lens configuration on the back — a feature VentureBeat reported on last month in relation to an alleged premium P9 variant.

The person who has seen the P9 and its higher-end namesake said that they both feature the dual-lens, dual 12-megapixel sensor camera configuration. 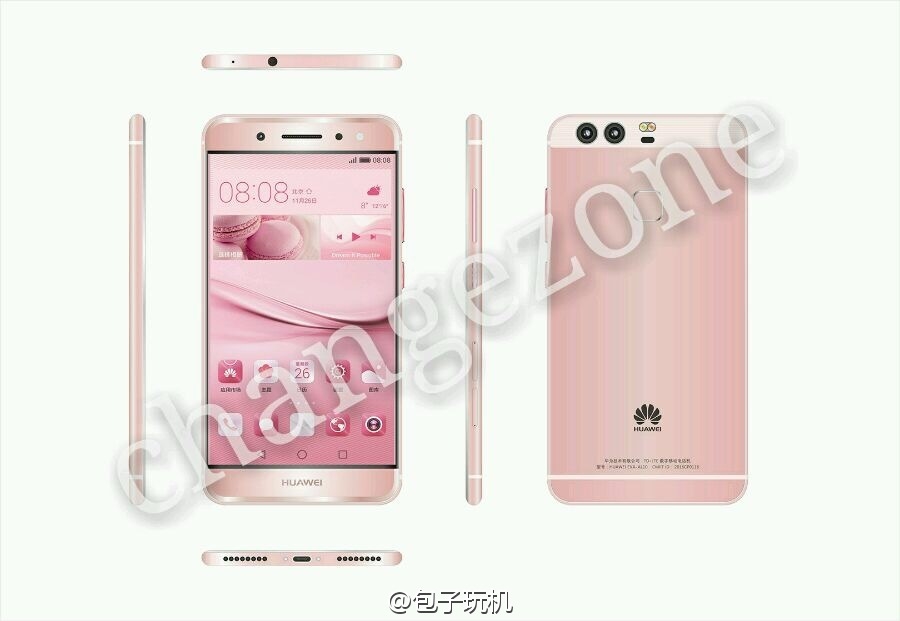 According to the person with knowledge of its design, while these renders are representative of the flagship device overall, they appear to have been manipulated such that the phone’s aspect ratio is misleading. The person in question told VentureBeat that the real handset is taller, narrower, and overall less squat than these images suggest.