At the CES consumer electronics conference in Las Vegas today, Huawei said that its Mate 9 smartphone will go on sale in the U.S. for $600 starting on January 6. It will be available from Best Buy, B&H, Amazon, and Newegg.

Plus, starting later this year, the Mate 9 will be the first phone that will come with Amazon’s Alexa virtual assistant pre-installed, and people who already have the phone will get Alexa through an over-the-air update, according to a statement.

But even without Alexa, I’ve used the phone on and off for the past two months, and I think there’s a lot to like about it. 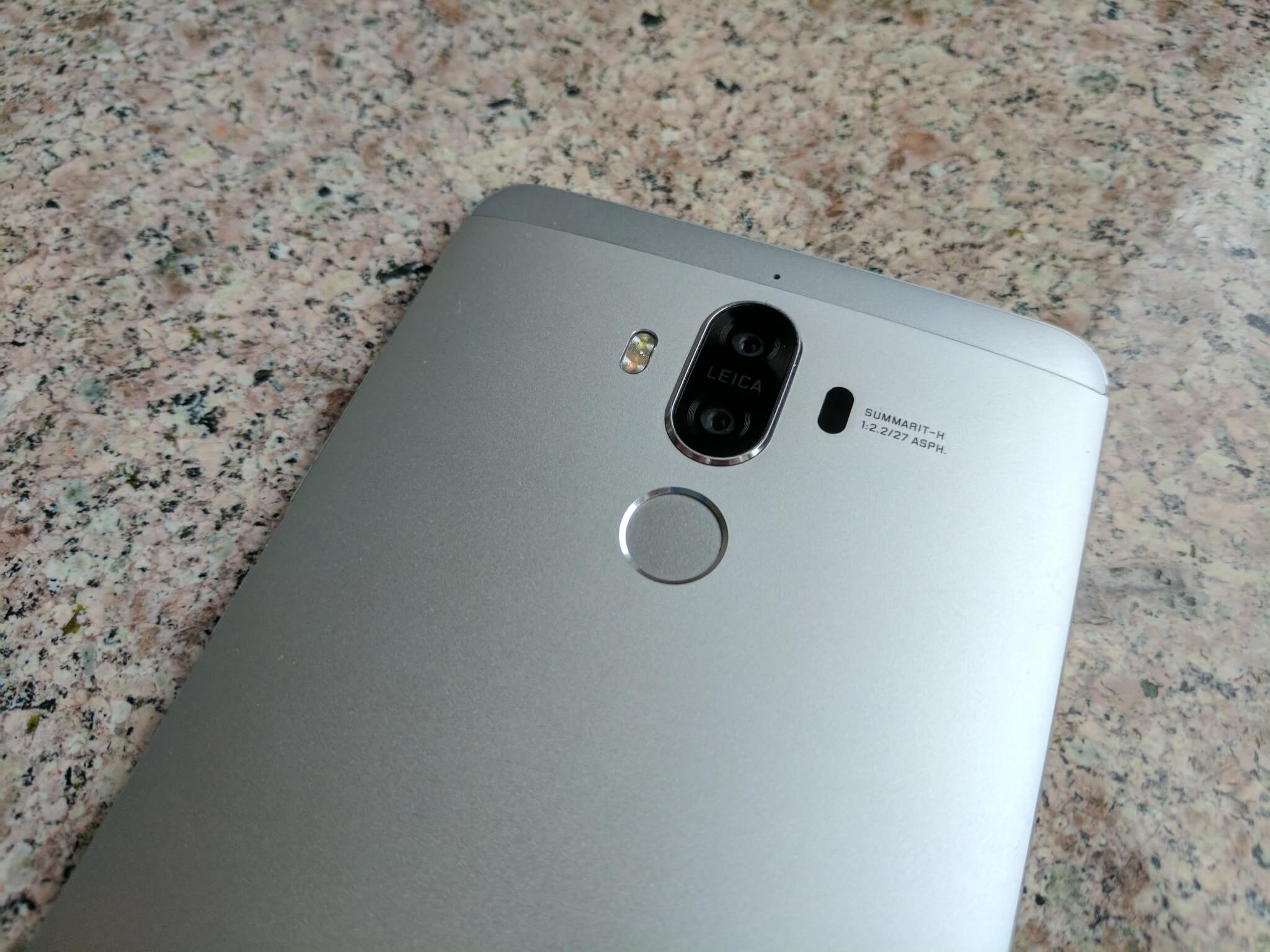 Above: Dual cameras on the back of the Huawei Mate 9.

The 5.9 FHD display is very bright — it’s reported to be rated at well over 600 nits. For the sake of comparison, the new MacBook Pro boasts 500 nits. I like it this way during the daytime. At night it’s not hard to get caught off guard by how bright it is, even if it’s set on the dimmer edge of the spectrum.

Performance is superb, thanks to the phone’s Huawei Kirin 960 octa-core chip, Mali G71 MP8 graphics processing unit (GPU), and 4GB of RAM. It comes with 64GB of storage that’s expandable up to 256GB by way of the microSD card slot.

The Leica-branded dual rear cameras — a 20MP monochrome and a 12MP RGB — shoot detailed and vivid photos, and they can capture video in 4K. There is a camera bump.

The tiny fingerprint scanner, located below the cameras on the back, is accurate and very speedy.

As for size, with its large display and 7.9mm depth, it may feel a bit long and wide for some. You could safely call it a phablet. It’s bigger than Google’s Pixel XL and Apple’s iPhone 7 Plus. But at 0.41lb, it doesn’t feel crazily heavy. It feels more comfortable to hold than the similarly sized LG V20.

With a phone this big you do typically get a big battery, and Huawei delivers here with 4000 mAh, which Huawei says lasts more than two days. The Google Pixel XL, by comparison, carries 3,450 mAh.

A USB-C port is at the bottom of the handset, unlike Huawei’s Honor 6X, and a headphone jack is at the top. 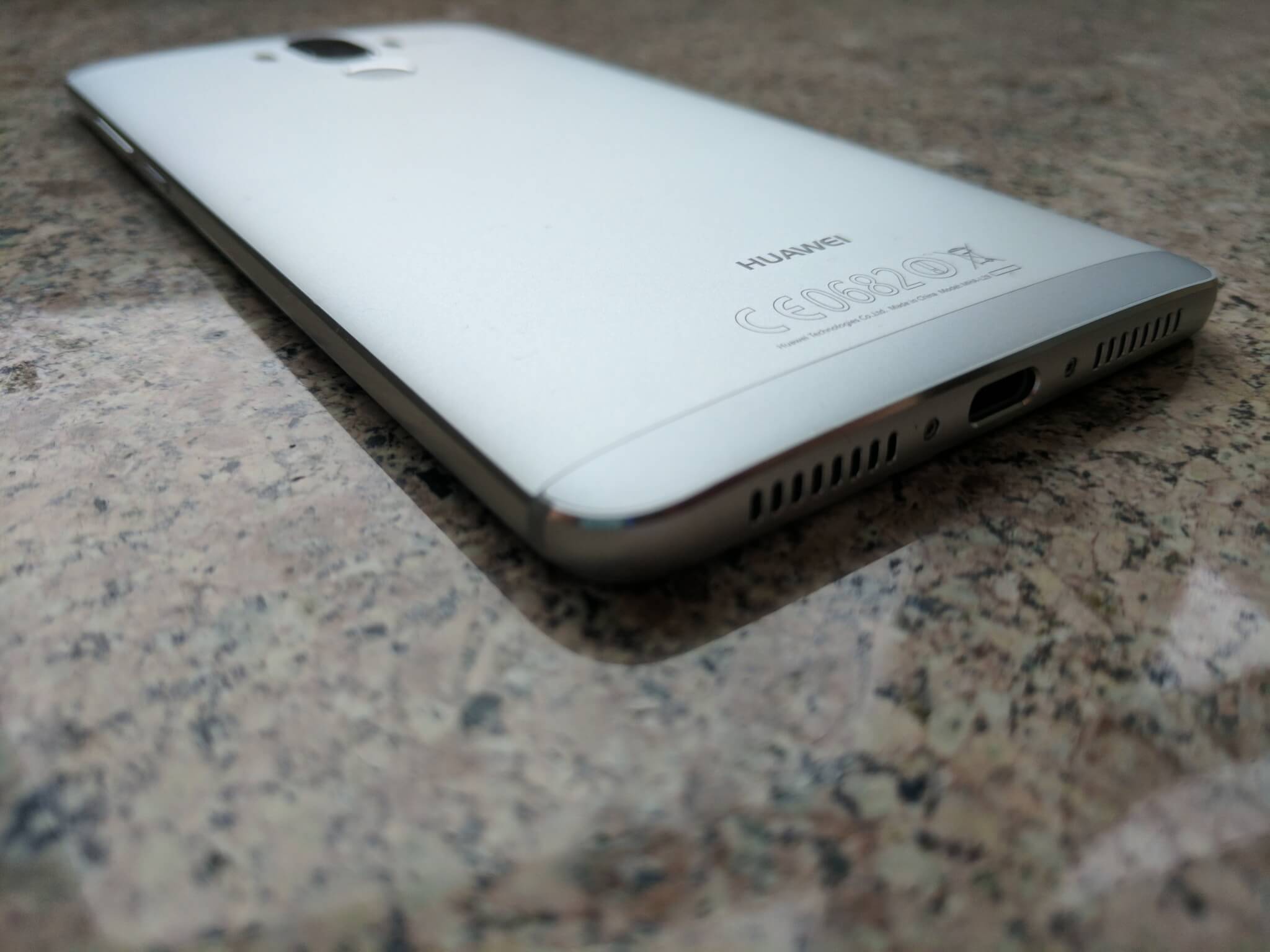 Above: USB-C port on bottom of the Huawei Mate 9.

Like other Android devices from Huawei, the Mate 9 runs Huawei’s EMUI Android user interface. People who’ve previously owned Huawei phones and tablets may not mind, but for others, it will take getting used to. The phone is running EMUI version 5.0 on Android 7.0 Nougat.

In the U.S. it will be available in space gray and moonlight silver.

As for the price, it undercuts the Google Pixel and Pixel XL, the iPhone 7 and 7 Plus, and the Samsung Galaxy S7 and S7 Edge, among other things. The price tag suggests Huawei is serious about wooing people who want high-end phones.