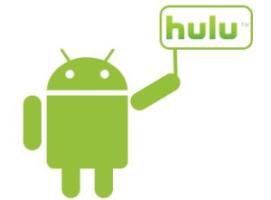 Buyout or not, it’s still business as usual for Hulu. Today the online television hub debuted its Hulu Plus service on six Android phones.

Like its iOS and desktop brethren, the Android app lets users stream Hulu’s huge catalog of television and movies on compatible devices. However, the service currently only supports a smattering of Android handsets.

Google’s Nexus One and Nexus S made the cut, along with HTC’s Inspire 4G, and Motorola’s Droid II, Droid X, and Atrix smartphones. In a blog post announcing the launch, Hulu says it expects to expand the service to other devices and will continue to make announcements throughout the year.

Though Hulu Plus is barely a year old, its debut on Android devices has been a hotly anticipated. Whereas iOS users have iTunes for their mobile television and movie needs, the Android marketplace has historically lacked a viable outlet. A likely catalyst for Hulu’s tardiness was the development hurdle necessary for creating a single app that works smoothly with a number of Android handsets. For today’s rollout it appears that Hulu took a page from Netflix’s playbook and started with the tentpole devices.

Along with a hefty back catalog, today’s launch also brings the service’s awkward pricing back to the forefront. Though the app itself is free to download and comes with a week-long trial, Hulu Plus still awkwardly marries a subscription fee ($7.99/mo) with its ad-supported model. The jury is still out on whether the business model is a hit with users (Hulu dropped the price on the service from $9.99/mo. while it was still in beta), but with the explosive growth of the Android platform the revenue potential can’t be denied.