We’re just as tired of iPhone concepts as you are. Seriously. But designer Joseph Machalani just made the case for bringing widgets to iOS, and to our surprise, the concept is quite beautiful. It’s also nearly bulletproof.

Apple is no stranger to widgets. In fact, the company still distributes widgets for the long-neglected Mac OS X dashboard. Although Yahoo’s Konfabulator arguably popularized the first modern widgets, Apple’s widgets were once a key feature for OS X. 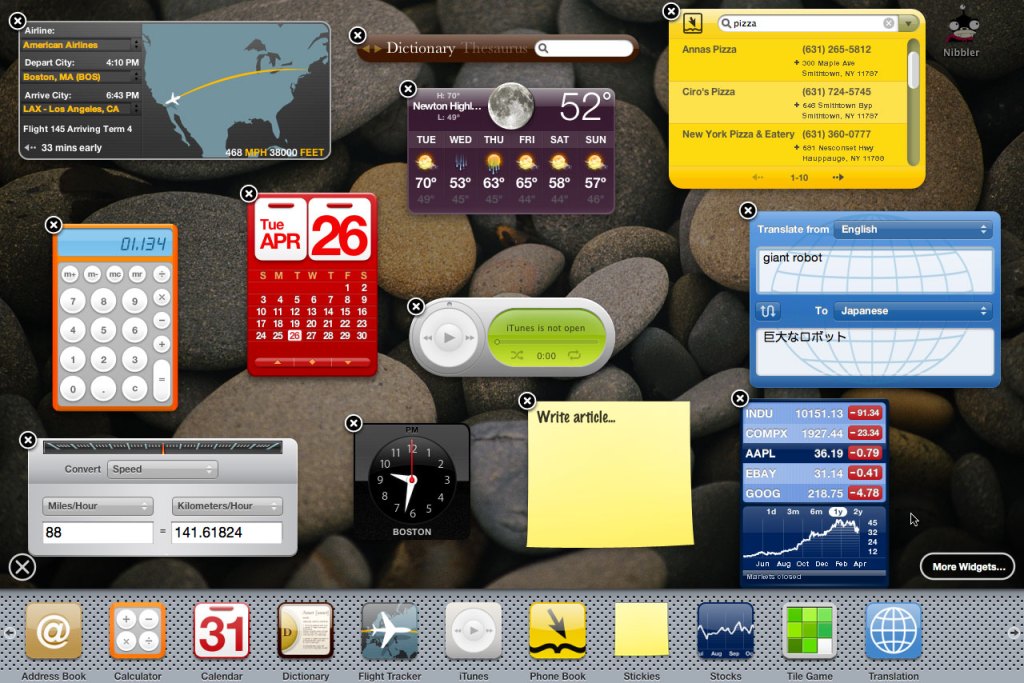 Nearly a decade later, both Google and Microsoft have taken full advantage of the widget concept — and in limited cases, the execution of these widgets is quite smart.

“Android has the Widget,” Machalani wrote on his blog, “Windows has Live Tiles,” but “iOS has, well nothing. Just a basic icon.”

Do we need to launch an app just to view the temperature? Is a grid of static icons all that’s needed in iOS? According to Machalani, well-executed widgets could drastically improve the iOS experience.

But Apple wouldn’t call them widgets, of course. Machalani calls his widgets “blocks.” More from his blog:

A Block is the best of Android and Windows Phone. You can interact with a Block and actually do stuff with it. But, you can also access the application directly from the Block since it is the app itself, not a separate entity. There’s also some very clear guidelines on how to build and use a Block, so the experience is very controlled.

The best of Android and Windows Phone. Apple magic.

What if you don’t want Blocks? What if they are too complicated or you don’t need/want them? No problem, don’t use them and iOS will look and work exactly as before. This brings changes to people who want some, yet leaves users who don’t want any with what they always liked.

Like most Apple design concepts, we’ll likely never see Blocks in an official iOS build — past iOS widget rumors have proved unsubstantiated. But if you’re intrigued by the concept, you can learn more about it here.